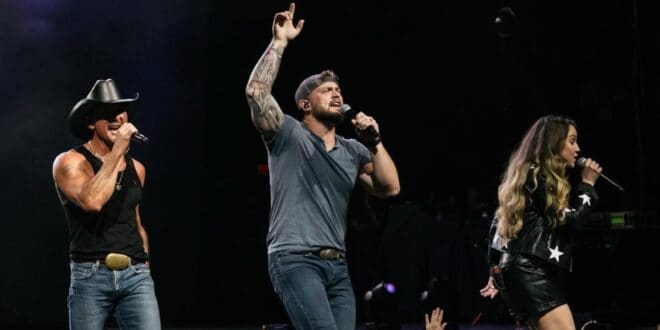 Tim McGraw praised his tour openers Alexandra Kay and Brandon Davis as “great singers” with a “big career ahead of ’em.”

McGraw shared his comments about Kay and Davis while discussing his 2022 tour with Big Machine Label Group, urging fans to come see them perform.

“Well first, you’ve gotta come see ‘em because they’re just super talented,” McGraw said. “They’re both great singers that are great people. They have such an inner light to ‘em that I think that’s gonna resonate on the stage, and I think that’s even gonna come out more when they get in front of a big crowd, in front of a lot of people on a big stage.”

In addition, McGraw explained that he thinks both Kay and Davis, whom he found via social media, are on track to have promising careers.

“I think [seeing Kay and Davis perform on tour is] gonna be something that you’re not gonna wanna miss because I think that they’re gonna have a big career ahead of ‘em,” McGraw added.

McGraw went on to say why he chose the two talented singers to open for him. “I look for somebody that’s gonna certainly get the crowd goin’ and somebody who’s gonna bring their A game every time that they perform, cause that elevates me,” he shared.

McGraw also remarked that Kay and Davis reminded him of himself during his early career and that the pair’s use of social media, and in particular, TikTok, to reach fans with their music was “cool” and “innovative.”

Kay is known for her “Coffee Covers” series on TikTok in which she delivers her own rendition of another artist’s song while making coffee. Kay has covered a variety of artists, including Miranda Lambert, The Chicks, and Deana Carter.

Davis has also made use of the popular social media platform, sharing covers of songs such as Brooks & Dunn’s “Brand New Man” as well as teasing his own original music. Davis credited his wife with helping him take advantage of the platform.

Kay and Davis also have nothing but praise for McGraw.

“[Tim] is just as sweet as he can be and down-to-earth,” Kay said, recalling the first time she ever met the country singer. She shared that she never thought posting covers on TikTok would lead to McGraw calling her personally and asking her to open for him on tour.

Davis expressed similar sentiments. “It means the world, and I’m beyond honored that [Tim] himself gave me the chance to take that stage and do what I truly love on such a large scale. Getting to tour with one of my country music idols and share the stage with him is a dream come true,” he shared.

Previous Noah Thompson Reveals Kameron Marlowe Calling Him Was “One Of The Coolest Things That’s Ever Happened”
Next Kenny Chesney Reveals He’s “Working” On A New Album: “I Have A Few Songs Recorded” 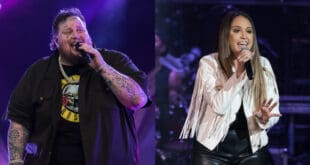