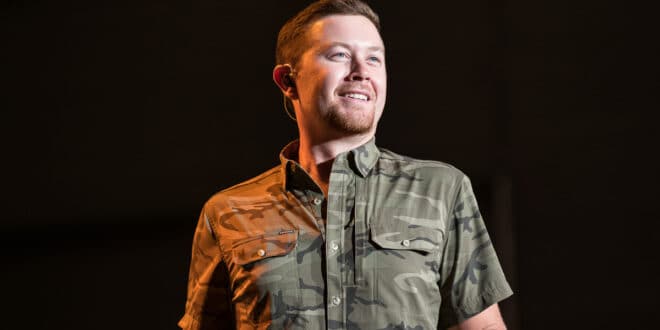 The country superstar revealed the exciting news of his tour via a press release on Monday (Dec. 12). The trek, which kicks off on January 20, 2023, in Hinton, OK at Sugar Creek Casino, will visit over a dozen states and runs through April of 2023.

“Looking forward to hitting the road in 2023 with the Damn Strait Tour,” McCreery shared. “I’ve enjoyed my time at home learning to be a Dad to Avery, but I’ve missed being onstage with the band and performing for the fans. Can’t wait to see everyone in the new year!”

The tour takes its name from McCreery’s fifth consecutive chart-topper, “Damn Strait,” which stayed at No.1 for three weeks and also landed at No. 4 on the Billboard Year End Country Airplay chart along with being named among Billboard’s “10 Best Country Songs of 2022.”

McCreery’s current single “It Matters To Her” continues to climb the charts at Country radio and has reached No. 32 on this week’s Mediabase chart.

The North Carolina native released the deeply personal music video on Monday (Nov. 14). The clip, which comes in the form of a digital scrapbook, showcases his journey to fatherhood. The music video for the track features never-before-seen footage that the couple recorded got ready to welcome their first child.

“To me, the video shows off how much of a rock star Gabi was during her pregnancy,” McCreery previously told PEOPLE. “It also captures how much we both enjoyed getting ready for Avery’s arrival.”

“I wanted to really focus the video on Gabi and our preparations for Avery’s arrival,” McCreery added. “We filmed some of it over the course of several months at home in Raleigh when we were getting the nursery ready. We also filmed some of it at our place at North Topsail Beach. I think you can see in the video how excited we were getting for Avery to get here as well as how amazing Gabi was throughout the entire pregnancy.”

“Damn Strait” and “It Matters To Her” both appear on McCreery’s latest project, Same Truck: The Deluxe Album.

Scotty McCreery released the deluxe version of his 2021 album, Same Truck, on November 18. The expanded edition is available on Vinyl, CD, and Digital formats and features six additional new songs that weren’t on the original Same Truck album that came out in 2021.  The country hitmaker was a co-writer on all but four of the 18 tracks on the new project, which was produced by Frank Rogers, Derek Wells and Aaron Eshuis.

McCreery is gearing up to close out another landmark year with four remaining shows in 2022, including three acoustic co-headlining shows with Lee Brice. Both artists will be on stage for the entire concert, and they will trade off songs with each other, providing a more intimate concert experience than usual.

Previous Dolly Parton On Grieving Loss Of Loretta Lynn & Naomi Judd, Reveals Alan Jackson Song That Reminds Her Of Them
Next William Lee Golden And The Goldens Share Music Video For Cover Of Hank Williams’ “I Saw The Light” [PREMIERE] 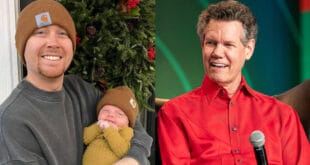 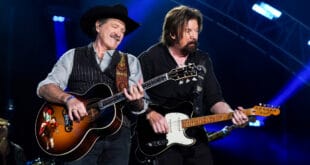 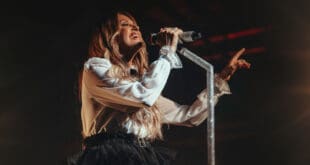