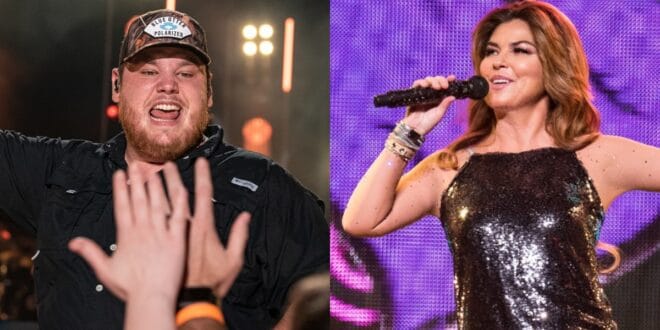 CMA Entertainer of the Year Luke Combs continues to set records both at country radio and on tour and his latest achievement broke a record previously held by Shania Twain.

Combs, who earned two of this year’s biggest country songs according to Billboard, will soon embark on a seven-show headlining tour in Canada.

According to a press release, Combs has also now sold the most tickets ever for an artist in any genre at Budweiser Gardens, breaking the record Shania Twain previously set in 2018.

Combs’ Canadian tour kicks off on March 20, 2022, in Toronto, Ontario and will wrap up on March 31 in London, Ontario.

The record-breaking news doesn’t end there. Combs’ 2022 shows at Denver’s Empower Field at Mile High and Atlanta’s Mercedes-Benz Stadium both sold out in record time, ranking among the fastest sell-outs in each venue’s history.

Combs will close out the year with several more sold-out shows and is set to wrap up his 2021 tour dates on December 16 in Salt Lake City.

Previous WATCH: Kane Brown Sings “One Mississippi” Duet With 10-Year-Old Fan Sophia On Stage In Miami
Next Peyton Manning Tells Luke Combs The Story Of How He And Kenny Chesney Became Good Friends