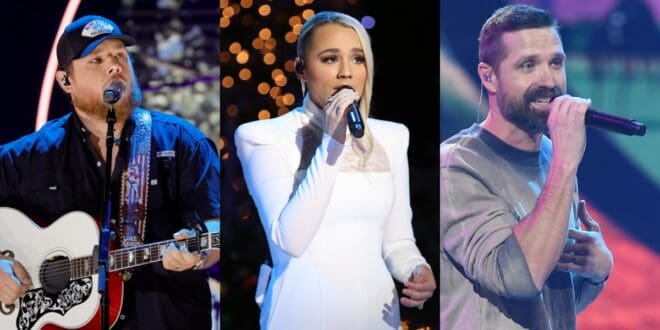 Country superstar Luke Combs sits at No.1 of the Top 10 list with his 11th consecutive chart-topping single, the heartfelt “Forever After All.” It comes as no surprise as the tune dominated radio throughout 2021 and broke records upon its release. Combs’ single “Better Together” also landed on the list at No.4.

Gabby Barrett is the only other artist to have has not one, but two, songs included in the mix. Barrett’s “I Hope,” which ranked No.1 on the list in 2020, landed on the list again in 2021 at No.3. Her sentimental chart-topper “The Good Ones” closed out the year at No. 6.

Walker Hayes‘ global smash “Fancy Like” finished in the No.2 spot, marking his first entry on the year-end list.

Also included in the Top 10 is “Famous Friends” by Chris Young and Kane Brown, “Chasing After You,” a duet from Ryan Hurd and Maren Morris, Chris Stapleton’s “Starting Over,” “Lil Bit” by Nelly featuring Florida Georgia Line and Dan + Shay’s “Glad You Exist.”

7. “Chasing After You” – Ryan Hurd with Maren Morris