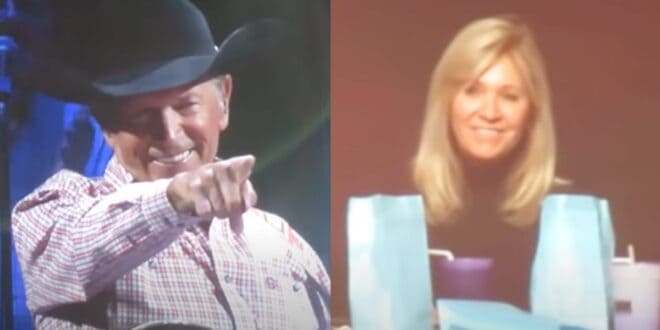 On Saturday (Dec. 4), George Strait and his wife, Norma, celebrated 50 years of marriage and the country music icon dedicated a special performance of one of his biggest hits in her honor.

Strait, 69, who was playing the second of two nights of  ‘Strait To Vegas’ shows at T-Mobile Arena, paused his show to pay tribute to his bride. 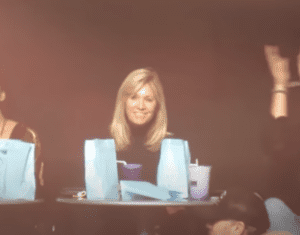 The audience cheered as Strait went on to recall falling in love with Norma.

“We went to Mexico and eloped… fifty years ago today,” he shared.

The massive crowd erupted with cheers and applause to commemorate the couple’s golden anniversary as the camera panned to a smiling Norma, who was watching the show from what appeared to be a box seat. Norma flashed a big smile and applauded as Strait dedicated his next performance in her honor.

The Texas native then shared a performance of “I Cross My Heart” as the audience sang along with him.

At the conclusion of the song, Strait smiled, pointed in Norma’s direction and sweetly shared, “Happy Anniversary.”

While George and Norma wed in Mexico, they returned to the states and later hosted a small wedding at a church in Pearsall, Texas to celebrate with friends and family.

Soon after their marriage, Strait enlisted in the U.S. Army and was shipped off to Hawaii where he served from 1971 to 1975.

When he returned to Texas, he began performing as a solo artist and his career took off from there.

Their 50-year marriage is something Strait does not take for granted.

“Norma and I are so blessed that we found each other … and were able to do all of this together, experience this life together, to support each other through everything, good times and bad,” he said. “We do almost everything together … We love each other and we still like each other. A lot!”

“Strait To Vegas” will return to Sin City for another two-night concert series on February, 11 and 12, 2022. 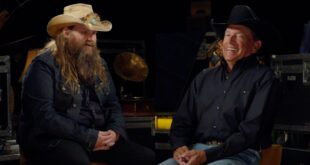 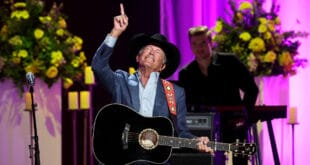 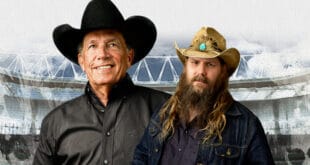