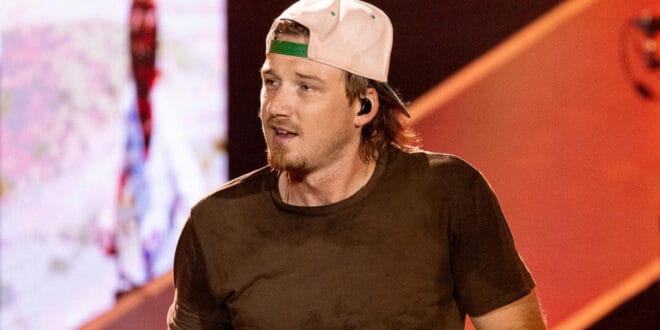 LISTEN: Morgan Wallen Regrets His Past Decisions In Unreleased New Song “Me + All Your Reasons”

Morgan Wallen is giving fans another taste of new music with a teaser of a new song called “Me + All Your Reasons.”

The country superstar took to social media on Saturday (Oct. 29) to share the new tune with fans.

While the teaser clip appears to be just a work tape without full production, the just under one-minute sneak peek showcases regretful lyrics that find Wallen reflecting on the aftermath of a breakup.

The lyrics include, “Smoke on my clothes / liquor on my breath / devil on my shoulder / strangers in my bed / pills in my pocket / ashes on the floor / these bad decisions keep on knockin’ on my door / I know you think you left me all alone / I hate to say it you couldn’t be more wrong / got Copenhagen whiskey straight / empty bottle promise breakin’ / by the way I let you down, down / I went around came back round / the Sunday morning still asleep / traded angels for my demons / I ain’t lonely since your leaving / I got me and all your reasons / all your reasons…”

Listen to the unreleased new song below.

The “Me + All Your Reasons” teaser comes just weeks after Wallen celebrated the Tennessee Volunteers’ victory over Alabama’s Crimson Tide by sharing a clip of another brand-new, unreleased song, “Tennessee Fan.”

The East Tennessee native recently played his final show of the year and is currently working on his new album.

Wallen is set to perform “You Proof” at the upcoming 56th Annual CMA Awards, where he is also nominated for two CMA Awards, including the coveted Entertainer Of The Year and Male Vocalist Of The Year.