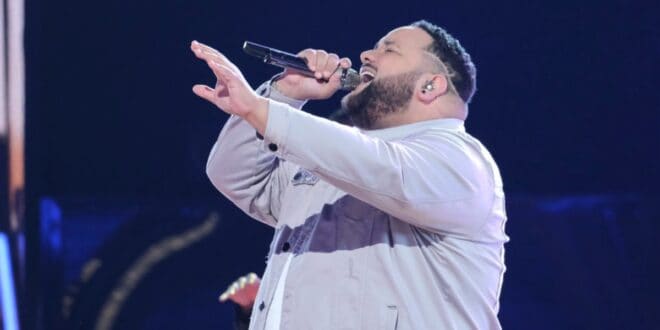 WATCH: Jeremy Rosado Proves He Has What It Takes To Win ‘The Voice’ With Epic Jimmie Allen Cover

Team Kelly’s Jeremy Rosado gave an unforgettable performance unlike anything he’s ever done before, putting his showmanship and vocals on full display during The Voice on Monday evening (Nov. 29).

Prior to the 29-year-old Florida native’s performance, his coach Kelly Clarkson revealed the reason why she chose to give him Jimmie Allen’s “Freedom Was A Highway” for challenge week.

“I love this week, this week is called challenge week, so we’re trying to take people out of their comfort zones,” Clarkson said. “I think you’re one of those singers that kind of comfortable in a lot of genres, so I thought it would be kind of cool to do ‘Freedom Was A Highway,’ which is a country song but more of that rock side of country.”

“Jeremy likes a ballad y’all,” Clarkson added. “I really wanted him to showcase more of the showmanship and be an entertainer and engaging with the crowd, and it’s an uptempo.”

“It’s definitely challenging me, I’m going to be moving around the stage,” Rosado said. “I have to make sure that my breath control is right, but I love performing.”

The rising star and standout contestant truly allowed fans to see a different side of him with his performance of Allen’s current radio single. Rosado took to the stage and demanded the crowd and coaches attention with his impressive stage presence and vocals.

Watch his performance below.

“I love you so much Jeremy, you know this,” Grande gushed. “I always love your performances. I’m not familiar with this song and I don’t know if I ever pictured you singing a song like this, which I suppose is the point of the week. You can sing the phone book, and I’d be in.”

Grande continued, ”I just adore your voice, your energy and I always look forward to seeing you. You were phenomenal as always.”

“Jeremy, we all know you can sing the hell out of a ballad, but my man, you’re really great at uptempo,” Clarkson said, praising his performance. “That was so powerful, that was rock’n roll and so cool. It was so cool to see you so free like that as well and having a good time.”

“Your smile is the most beautiful thing on the planet. That was magical, like you’re just such a talented vocalist. It’s so strategically and sneaky of you but every week man, you get so much better, it’s crazy.” 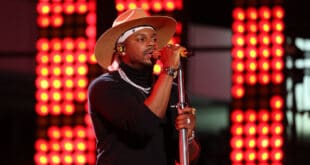 BREAKING: Jimmie Allen Will No Longer Be Performing At 2022 CMA Awards