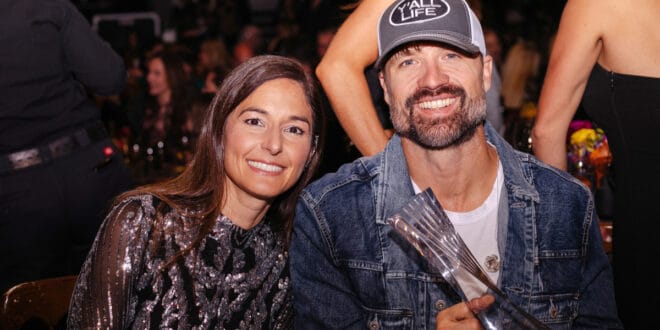 Walker Hayes was honored as one of the five 2022 CMT Artists Of The Year during a celebration in Nashville at the Schermerhorn Symphony Center.

The Alabama native and “Fancy Like” singer was introduced to the stage by his longtime friends Shane McAnally and Kelsea Ballerini, who shared memories of working with the hitmaker through the years as well as praised his artistry.

After being welcomed to the stage by McAnally and Ballerini, Hayes was given the spotlight to accept the prestigious honor from CMT in front of the star-studded audience.

“Thank you guys, I mean I don’t get a lot of awards so, I apologize if this is really bad,” Hayes said while accepting the award for CMT Artists Of The Year. “The last award I got was in 9th grade for the most improved student. I didn’t have to make a speech.”

He went on to gush over his “incredible” team who helped him achieve the success that he has earned thus far as well as gave a shoutout to McAnally for believing in him.

“Look you guys, my team is incredible. I been waiting to stand behind the mic and just talk about this guy right here, that’s a true story,” Hayes continued. ”He didn’t have to give me his real email address… but he did, so praise God for Shane McAnally. There’s a guy named Robert Carlton. He’s the best sounding guy in this town, as far as I’m concerned, and he’s who I turn them all into and if he says he likes it, we go with it, and if he says he doesn’t I don’t really fight him, I just believe what he says and I get over myself and throw it in the trash. So thanks Robert Carlton for everything.”

It's been a whirlwind of a year for @WalkerHayes! 👏👏👏

Hayes then thanked his wife, Laney Beville Hayes, their six children and his management team and record label.

“My wife Laney, holy cow she’s super hot and super awesome. She’s been beside me guys, she’s thrown a lot of heartbreaks along this wave and never once did the woman ever say, ‘hey you think you want to have a more normal ambition or a more realistic dream.’ Not one time,” Hayes added. ”My kids obviously got to thank them because they keep me dancing on TikTok. Lela, Chapel, Baylor, Beckett, Everly, and Loxley, not in that order, it’s a lot of names to remember. I can’t give monument enough gratitude, my label, Smack Songs, Marissa, Bryan, my tour manager and my band, holy cow they are great, and to the fans last but not least, they’re the reason why I get to sing these weird songs. Thank you.”

The viral hitmaker launched the performance by singing the opening verse of the tune by himself before Ciara, donning a black leather ensemble with rhinestone cowboy boots and a bedazzled cowboy hat, joined him for her verse.

The pair later joined forces during the final choruses of the track that celebrate southern living.

“We be livin’ that y’all life, y’all / Rollin’ in the South / Where it’s all football and Jesus (Jesus) / Barbershop talking like nah / Shut your mouth, my mama’s sweet tea’s the sweetest,” Hayes and Ciara sing in sync.

Ahead of the show, Hayes opened up about the new version of “Y’all Life” featuring Ciara and recalled how he got the GRAMMY winner on the track with him.

“I’m a huge Ciara fan and last year when I played ‘Fancy Like’ and ‘AA’ on the New Year’s Rockin’ Eve and so I heard her in my in-ears and she was vibin’,” he explained. “She was like dancing and singing to ‘AA’ and so in my mic during a [commercial] break I said ‘hey Ciara, are you really getting down or you making fun of me,’ just joking. She was like ‘no, I love this’ and I said ‘well at some point let’s collab.’ I said ‘I would love to collab with you’ and she said ‘yeah’ and then when ‘Y’all Life’ came along I remembered that I said that and she agreed and I was like ‘I’m [going to] take you up [on that].’ She could’ve said no, but she was genuinely jacked. She called me back singing the song. She sent me a voice text and she was all in and this is the debut performance of ‘Y’all Life’ featuring Ciara.” 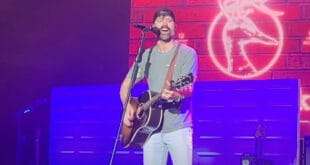 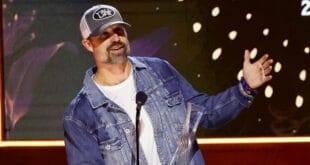