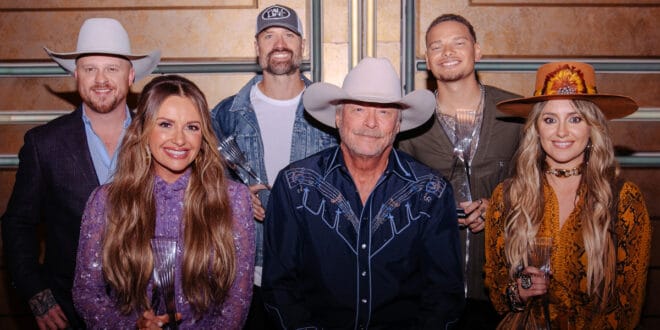 This week, CMT will honor some of country music’s biggest stars during the star-studded 2022 CMT Artists of the Year celebration at Nashville’s Schermerhorn Symphony Center.

The event will feature a stacked lineup with performances by some of the honorees as well as tribute performances throughout the evening.

Ahead of the premiere of the 90-minute show, CMT revealed the lineup of performers and presenters set to take the stage in celebration of this year’s honorees.

Here’s a rundown of everything you need to know about the 2022 CMT Artists of the Year.

When & How To Watch

The 2022 CMT Artists Of The Year ceremony will premiere on Friday, October 14 at 9/8c via CMT.

Carly Pearce, Kane Brown, Cody Johnson, Luke Combs and Walker Hayes will be celebrated as the 2022 CMT Artists Of The Year.

“This past year has been a wild ride,” Wilson said. “To be considered for this award reinforces that the years of hard work my team and I have put in was all worth it. The team at CMT feels like family, and the way they genuinely support artists on their platform is so special and important for dreamers like me.”

“I believe I’ve made more videos than just about anybody, and I know how important they have been in bringing my songs to life for the fans, so thank you CMT for all the years and for this sweet honor,” Jackson shared. “I’m very proud.”

Dale Earnhardt Jr. will also appear remotely from his annual Dale Jr. Foundation charity event in North Carolina to present Combs with his 2022 CMT Artists Of The Year award.

In addition, a heartwarming tribute to the late Loretta Lynn, who passed away earlier this month at the age of 90, will also happen during the star-studded event.