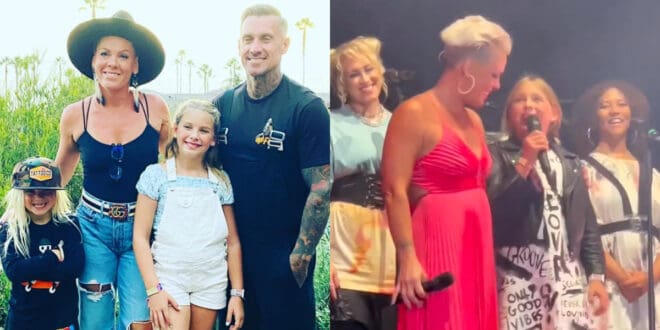 The annual three-day festival is put on by Vedder, just steps away from the Doheny State park where the Pearl Jam singer learned to surf. An estimated 15,000 people attended the multi-day concert event, celebrating a weekend of rock ‘n’ roll while also paying tribute to Tom Petty on the five-year anniversary of his death (Oct 2).

During’s P!nk’s headlining performance on Sunday evening, she performed a medley of covers including Janis Joplin’s “Me And Bobby McGee,” Led Zeppelin’s “Babe I’m Gonna Leave You,” Adele’s “Make You Feel My Love,” Heart’s “Barracuda” and 4 Non Blondes’ “What’s Up.”

She also threw in an impressive rendition of “Bohemian Rhapsody,” just a few nights after joining forces with Queen and Foo Fighters during the second Taylor Hawkins tribute concert in Los Angeles (Sept 27) where they sang “Somebody To Love” and “The Pretender.”

The pop rock icon also treated her fans with a few of her biggest singles including, “Just Like a Pill,” “Raise Your Glass,” “What About Us” and more. She took to Instagram to thank Vedder for the invite.

“Ohana Festival was a beautiful weekend. That ocean air…. Thank you @eddievedder for the invitation to your world. Thank you @stevienicks for the shoutout, for the love, all the years of music. Made me cry. Thanks to everyone that came out and made music or listened…. Onwards and upwards”

Midway through her set, P!nk surprised the audience with a special appearance from her daughter, Willow Sage Hart (eleven), for a heartfelt duet to “Cover Me With Sunshine,” a song which debuted on TikTok in February 2021 and released officially through RCA records just days later.

The triple Grammy Award-Winner also brought her son, Jameson Moon (five), to soak in all the fun– which backfired when the girls realized he was fast asleep in the midst of the excitement.

“My little man ALMOST made it to Eddie Vedder. #sleepyboy#layinginthegrass #ohanafestival”

P!nk has been celebrating the success of her July single “Irrelevant,” a protest track with proceeds donated to former first lady Michelle Obama’s nonpartisan voting initiative “When We All Vote.”

“You can call me irrelevant, insignificant/ You can try to make me small/ I’ll be your heretic, you fuckin’ hypocrite/ I won’t think of you at all/ Sticks and stones and all that shit/ Does Jesus love the ignorant?/ I like to think he’d gladly take us all,” she sings on the pre chorus.

She also recently released her documentary on Amazon Prime, All I Know So Far, a snapshot of P!nk’s life as a performer and mother directed by Michael Gracey.

P!nk is now taking time to spend with her family, and meanwhile teased an upcoming album in the works to ET Canada, claiming that the project is still in its early development phase.

Previous Miranda Lambert Remembers Loretta Lynn: “I’m So Heartbroken – She Blazed So Many Trails For All Of Us Girls In Country Music”
Next Shania Twain Poses Topless For “Waking Up Dreaming” Single Art, Reveals “It Was All About Taking Off The Bra” 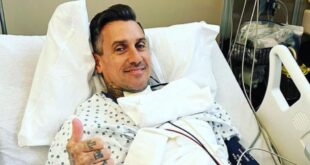 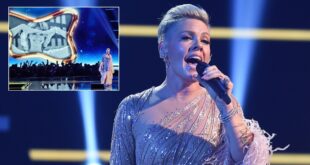 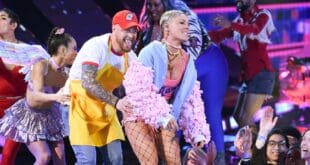