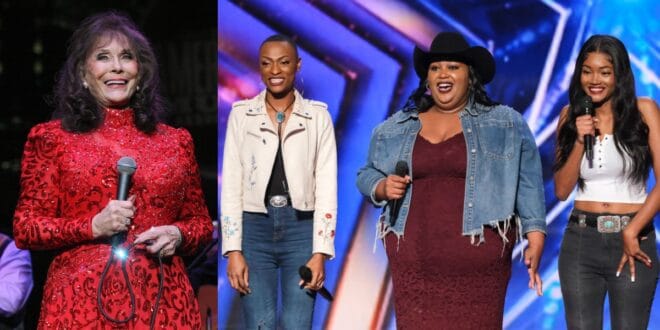 WATCH: Chapel Hart Pays Tribute To Loretta Lynn With Video Covering One Of Her Iconic Hits

America’s Got Talent season 21 finalists Chapel Hart paid tribute to the late Loretta Lynn with a heartfelt message alongside a video covering an iconic Lynn hit.

The Country trio, comprised of sisters Danica and Devynn Hart and their cousin Trea Swindle, took to social media to honor Lynn with a touching tribute.

The Mississippi native’s social media post featured the trio covering Lynn’s “You Ain’t Woman Enough (To Take My Man)” during a recent concert alongside a message from the heart.

“Sweet Sweet Loretta 🥺🙏 words cannot describe how heartbroken we are today,” the trio wrote. “We know you had to go but don’t you worry mama, you left country music in good & capable hands! Your wings, we know, are Gorgeous/Fabulous so go on and Rest High On the Mountain, there are no goodbyes ONLY see you laters! 🙏🤍🕊 #tourchpassed”

Earlier this year, Loretta Lynn praised Chapel Hart following their audition on America’s Got Talent, which earned a golden-buzzer and captured the attention of millions of America’s as well as country superstars Lynn, Dolly Parton, Darius Rucker and more.

In addition to complimenting the country trio on social media, Lynn also challenge them to remake one of her classic hits.

“I love it, ladies. Now I’m wondering what you might be able to do with one of my songs! Chapel Hart #AGT #breakingthrough #girlpower #stillwomanenough,” Lynn wrote on Facebook at the time.

While the three-piece band were never able to complete Lynn’s challenge due to their busy schedule, their social media tribute revealed that they are currently working on an extended version of Lynn’s “Fist City.”

“We were literally just working through our song for you yesterday on the road, we think you’d be stoked to know we are EXTENDING ‘Fist City’ 😄🥰,” Chapel Hart revealed.

Country music icon and Grand Ole Opry member, Loretta Lynn died at the age of 90 years old at her home in Hurricane Mills, Tennessee in the early morning hours of Tuesday, October 4.

Hours after Lynn’s passing, her family shared the following statement.

Lynn, who was born on April 14, 1932 in Butcher Hollow, Kentucky, is known as the Queen of Country Music after forging a path as a singer, songwriter, and entertainer while balancing her role as a wife and mother.

Previous Country Stars Remember Country Music Icon Loretta Lynn With Heartfelt Tributes & Personal Memories
Next Miranda Lambert Remembers Loretta Lynn: “I’m So Heartbroken – She Blazed So Many Trails For All Of Us Girls In Country Music” 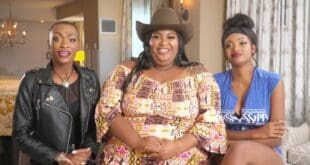 Chapel Hart Mourn The Loss Of Their Beloved Grandmother Beatrice: “Our Worlds Will Never Be The Same” 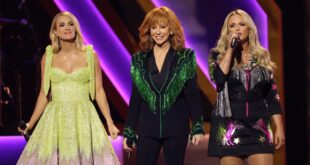 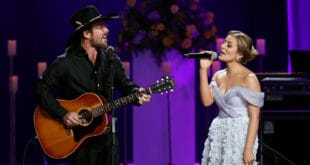