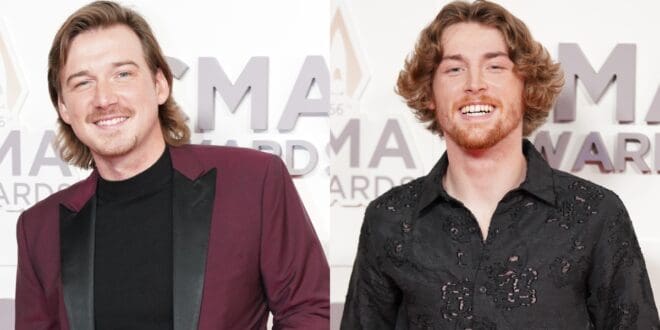 It’s no question that Bailey Zimmerman is having a country music moment with breakout success. The 22-year-old genre-bending artist, born and raised in the small town of Louisville, IL, was making a living building gas pipelines before he began grabbing ears in the music world. His original songs first garnered attention on the TikTok platform, where he currently has over 1.7 million followers and over 24.9 million likes on his videos.

One of the fastest rising artists in country music, Zimmerman has enjoyed success with songs “Fall In Love,” “Where It Ends,” and “Rock And A Hard Place” – all of which entered the Top 10 on Billboard’s Hot Country Songs chart. Zimmerman’s 2022 debut 9-track EP, Leave The Light On, also broke records becoming the highest streamed all-genre debut of 2022 and the biggest streaming country debut to date.

On top of that, the talented artist has sold out the majority of shows on his headlining tour and already made his Grand Ole Opry debut.

Though he has reached a number of impressive milestones, Zimmerman’s star is still climbing, which means he will need a trusty group of people in his corner. Luckily, Morgan Wallen, who has already co-written a tune with Zimmerman called “Trainwreck” (other writers for the track include Gavin Lucas and Sergio Sanchez), says he’s happy to be one of those people.

While co-hosting the Country Countdown USA, Wallen shared his excitement for Zimmerman’s quick rise and achievements and subsequently extended an invitation to the rising artist, saying if he ever needed advice or someone to lend an ear, he is around to help.

“This is a kid, I think that, just with the way he’s rising and the way he’s blowing up that he’s someone who will probably need that,” Wallen, who sees similarities between himself and Zimmerman, told host Lon Helton. “I told him that I’d be that for him if he wants it. It’s cool just to see a little small-town kid, you know, kind of, like myself, come and start making some noise in the town and all around the country. I’m proud of him and looking forward to seeing what he does.”

And while Wallen is looking out for his buddy’s best interest, Zimmerman also thinks highly of the “You Proof” hitmaker. So much so he has previously credited Wallen for being one of his biggest influences.

“Honestly, He’s a big influence on me, and I think he’s a great dude,” Zimmerman told Spotify.

In a previous interview, Zimmerman, who is signed to Warner Music Nashville/Elektra Music Group, also shared his wishes for collaborating with Wallen, telling Billboard, “That would be really sick because our voices have a similar tone. That’s like a dream collab, but we’ll see.”

Zimmerman has some dates lined up for the remainder of 2022. His next show takes place on Friday (Nov. 11) at the Charlotte Country Fair in Port Charlotte, FL. After that, he will make his way to the Louisville Palace in Louisville, KY, for a show on Friday (Nov. 18).

Previous Scotty McCreery’s “It Matters To Her” Music Video Is A Digital Scrapbook That Showcases His Journey To Becoming A Dad
Next Willie Nelson’s Former Tennessee Cabin, That He Built Himself, Is Up For Sale For $2.5 Million