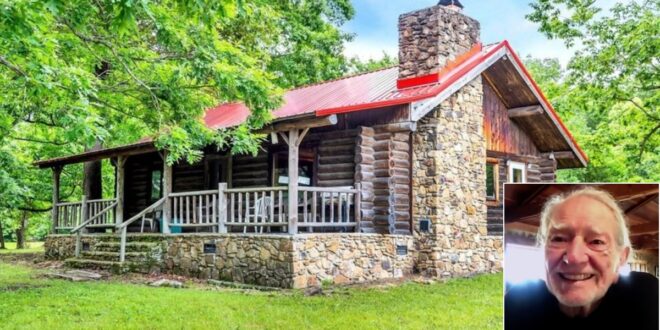 Willie Nelson’s Former Tennessee Cabin, That He Built Himself, Is Up For Sale For $2.5 Million

Those who have a lofty amount of cash and are looking to get their hands on a luxury piece of property are in luck because a Tennessee cabin that once belonged to legendary country artist Willie Nelson is officially up for grabs!

Nelson, who built the log cabin himself, was the sole owner of the hideaway before it landed in the hands of its current seller. Matt Lawson and Ross Welch of Zeitlin Sotheby’s International Realty have the listing for the 150-acre estate located in the countryside of Goodlettsville, Tenn. – just a short 30-minute drive from downtown Nashville.

Isolated on a lush 155 acres, this quaint retreat at 3108 Greer Road is currently going for a whopping $2.5 million. But, the price lends itself to the beauty that surrounds the legacy property. Outside the stacked-stoned walls, visitors are welcomed by a sturdy hay barn, gorgeous pastoral views, and not one but two ponds.

“As you arrive, the property consists of roughly 40 pasture acres up front,” Welch told Fox Business of the greenery-abundant grounds. “And an almost mile-long driveway meandering its way back across another 110 acres of hardwoods back to a quaint cabin formerly owned by one of country music’s most recognizable outlaws, Willie Nelson.”

“Truly, this is a special property offering proximity to a major city, peace of mind engulfed in nature, and provides a history many places cannot match,” he added.”

The rustic getaway, steeped in music history, is the very place that earned Nelson his nickname, Shotgun Willie. According to People, in 1970, while in the hands of Nelson, the cabin caught fire. The “On The Road Again” singer returned home to find the structure engulfed in flames. He ran inside to retrieve some of his belongings, including his favorite guitar, Trigger, and a pound of marijuana. The Country Outlaw grew inspiration for his “Shotgun Willie” song while living at the property.

Inside the since-restored abode, guests will find two large bedrooms, a third loft-style space, a bathroom, and a cozy living area outfitted with a rustic fireplace, where folks can stay warm during the winter months. Featuring an open floor plan, the peaceful house comes equipped with a calming kitchen and windows that offer stunning views of backwoods trees, shrubs, and sunshine at daybreak. The loft-style space, meanwhile, overlooks the living area and kitchen but also includes a log exterior to allow for privacy if needed.

According to Realtor.com, Nelson owned the cabin beginning in the early 1960s before the IRS seized it from him in the early 1990s due to tax troubles. In 1993, Nelson settled his debt for an undisclosed amount.

Nelson, 89, will be closing out 2022 with a busy calendar. He is expected to star in Dolly Parton’s new holiday film, Dolly Parton’s Mountain Magic Christmas, set to air on Thursday, (Dec. 1) at 8 p.m. ET/PT on NBC.

On Friday (Dec. 23), he will perform a show called Willie Nelson and Family at the Maui Arts & Cultural Center’s A&B Amphitheater and Yokouchi Pavilion in Maui, Hawaii, alongside sons Lukas Nelson & Promise of the Real and Particle Kid (Micah Nelson). 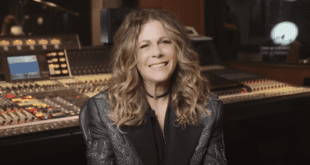 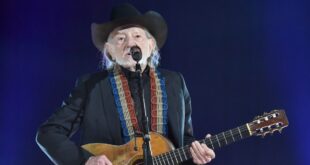 Willie Nelson’s Wife Annie Reveals Willie Was Gravely Ill With COVID: “I Wasn’t Sure He Was Going To Make It” 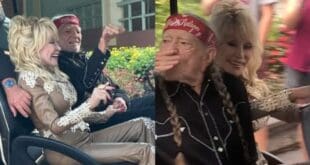