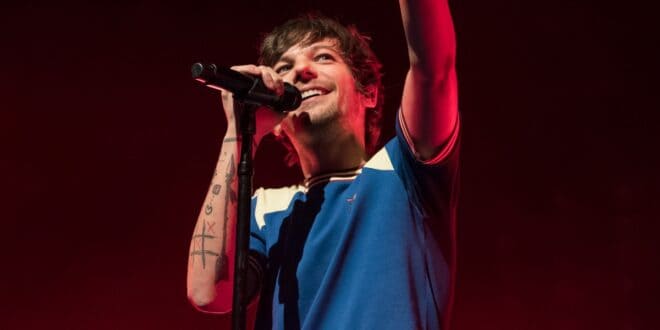 Louis Tomlinson treats fans to another sneak peek of his forthcoming project Faith In The Future with new track “Out Of My System.” Listen to the single here.

Penned by Tomlinson, Nicolas Rebscher and Dave Gibson, the instrument driven track is the punky outlier on the singer’s upcoming album. “Demons, I’m takin’ all of my demons/ Putting them where I won’t see them/ ’Cause I just wanna feel alive,” the former One Direction member sings in the second verse.

Watch the official music video below.

Tomlinson’s newest track comes on the heels of his first release from Faith In The Future, “Bigger Than Me,” dropped in early September. The track acted as the first new song since his 2020 debut solo album “Walls.”

Produced by Mike Crossey (The 1975 and Wolf Alice) and co-written by Tomlinson alongside Rob Harvey and Red Triangle, “Bigger Than Me” is an impassioned pop song with an emotional chorus.

The “Back To You” singer shared that the single honors his live concerts and is the first song from his upcoming new record that got him excited.

“It was my first moment of excitement making this record, and where it felt we were on to something which honors the live show,” said Tomlinson of the new song. “I’ve always strived to be a very normal, humble person in this life, but there’s a line to that and a responsibility that comes from being in this position. I realized from doing those live shows what it means to my fans and how everything I do is bigger than me. It’s almost a coming of age for myself and putting opinions about myself to the back of my mind and thinking about what it potentially means for other people.

Out on November 11, Faith In The Future features collaborations from celebrated names including Harvey, Crossey, Dan Grech (The Killers, The Vaccines, Halsey), Nico Rebscher (Alice Merton), Joe Cross (Courteeners) and Hurts frontman Theo Hutchcraft. While recording the album, Tomlinson had a core mission: to create a collection of songs that will produce an anthemic live show – a goal that he has achieved.

Tomlinson recently announced his massive UK and European 39-stop arena tour, Faith In The Future. The stint will kick off on August 29, 2023 in Hamburg, Germany at Barclays Arena and will wrap up on November 18 in Birmingham, UK at the Resorts World Arena, making a stop at London’s iconic O2 Arena.

The exclusive UK Tour Ticket Pre-sale is now live for fans who pre-order the upcoming album. General on sale begins Friday, October 21 at 9:00 AM BST. Pre-order Faith In The Future here 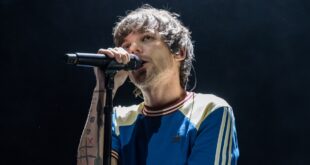 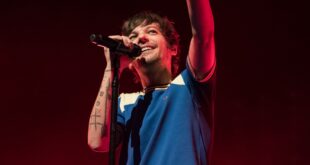 Louis Tomlinson All Smiles During Impressive Concert In Philadelphia On First-Ever, Sold Out Headlining Tour