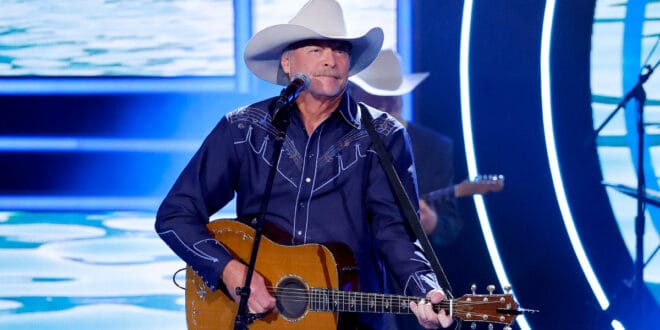 An odd desire perhaps but Gallant lived her life as a Jackson superfan. While her obituary describes her as someone who enjoyed “dancing,” “Red Sox,” “Bingo,” “Baking,” and “Travelling,” Jackson had inspired Gallant to turn her home into a poster paradise with his face plastered on the walls. Gallant also sported two license plates presenting her love for Jackson and attended dozens of the country superstar’s concerts.

That’s not all, though. Gallant also had Jackson’s face tattooed on her back.

Before she passed, Gallant told her last wishes to other people, including her daughter, Sue Castle, who had the difficult task of fulfilling her momma’s unusual request after she died. Earlier this month, a nervous Castle booked a ticket for Music City intending to complete her assignment. However, she didn’t know what to expect.

Luckily for her, she did get in touch with a fellow Maine native and music producer who had read her mother’s story in the Sun Journal. Along with that, a handful of people who could assist with an arrangement on Gallant’s behalf already knew Castle would be on her way and prepared for her arrival.

The unnamed music producer pointed Castle in the direction of Alan Jackson’s honky tonk, AJ’s Good Time Bar, located on Nashville’s Lower Broadway. The entertainment venue features memorabilia and items that showcase Jackson’s many interests and hobbies. When Castle stepped foot inside the establishment, she was welcomed by the friendly staff, who were well aware of Gallant’s viral story.

“Oh, my God, are you the one?” the bartender asked Castle, according to the Sun Journal.

Castle was, then, treated to a tour of the four-story bar and even-handed free souvenirs, drinks, and meals. The manager also told Castle her meal will be on the house anytime she decides to pop into the bar. Best of all, Castle got to leave a piece of her mother behind to be displayed at the bar. The mini-exhibit showcases Gallant’s favorite style of car, a 1965 Mustang, and a tiny figure of her behind the wheel.

“It was amazing,” Castle said. “We had a really good time.”

What’s more special is that Jackson heard about Gallant’s brave request and has the woman’s image stored in his memory. He remembers meeting Gallant back in 2015 at his concert in Portland, Maine. At the time, Gallant’s tattoo on her back caught his eye. Upon seeing it, Jackson summoned Gallant to the stage, and the two shared a sweet dance to his No. 1 hit, “Remember When.”

In the end, though, Gallant’s mother’s ashes weren’t spread on Jackson’s estate from a helicopter. Castle realized that the entertainer tends to not stick in one place. So it wouldn’t be an ideal resting place for Gallant. Instead, Castle intends to spread her mother’s ashes in her own backyard, where she will install a bench that will allow her to sit and reflect on her mom’s life and a beloved personality.

“She was the strongest woman I’ve ever known,” Castle said, and despite living paycheck to paycheck she never let life get her down. She was always full of life.” 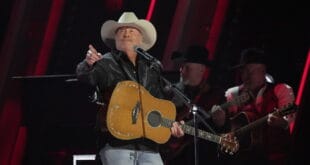 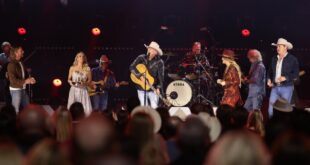