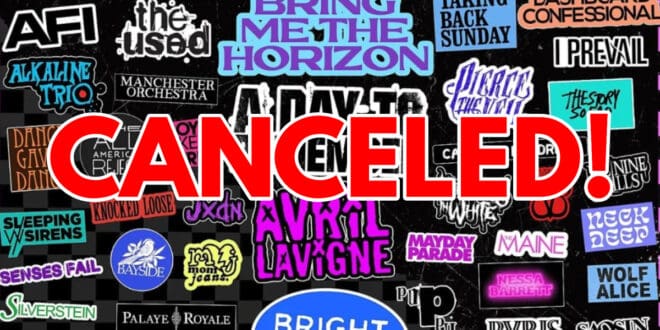 BREAKING: When We Were Young Fest Day 1 Abruptly Canceled

When We Were Young Fest (WWWYF) on Saturday (Oct. 22) has been canceled due to “high wind warning.”

Hours before the festival was scheduled to begin organizers took to the WWWYF social media to share a statement regarding the abrupt cancellation.

“When We Were Young Festival organizers have spent the last several days proactively preparing the festival grounds for a windy Saturday,” the festival wrote.

“The National Weather Service has now upgraded their Saturday forecast to a High Wind Warning, including dangerous 30-40 mph sustained winds with potential 60 mph gusts. Under advisement of the National Weather Service and the Las Vegas Metropolitan Police Department, we have no other choice than to cancel today’s When We Were Young Festival. The safety of our fans, artists and staff will always be our top priority,” the statement continued.

“This was not a decision that came lightly. We know many of you traveled to the area to have a spectacular day with your favorite bands and have been looking forward to this day for months. We were equally as excited and are devastated to have to share this news,” WWWYF concluded their statement. “According to the National Weather Service, Sunday’s weather looks sunny without any wind advisories. When We Were Young’s additional dates including Sunday, October 23 and Saturday, October 29 are moving forward accordingly.”

Ticketholders who purchased their tickets directly through the festival’s ticketing company, Front Gate Tickets, for Saturday, October 22nd’s When We Were Young Festival will receive a refund in as little as 30 days to the original form of payment.

A post shared by When We Were Young Festival (@whenwewereyoungfest)

The festival, which was scheduled to take place on October 22 at Las Vegas Festival Grounds, would’ve brought emo nostalgia to the Las Vegas strip with a stacked lineup that features all of your favorite bands from the 2000s.

My Chemical Romance, Paramore, A Day To Remember and Lavigne, Jimmy Eat World, Bright Eyes, A Day to Remember, Bring Me the Horizon, Car Seat Headrest, as well as AFI, The Used, Taking Back Sunday, Dashboard Confessional, Alkaline Trio, Manchester Orchestra, Pierce the Veil, and The Story So Far will also perform.

Other acts taking the stage include LilHuddy, The Garden, Meet Me @ The Alter, Horrorpops, The Linda Lindas, Prentiss, and many more. See the full lineup below.

Tags When We Were Young Festival 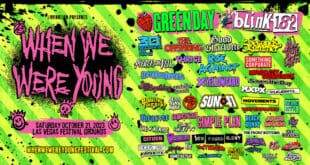 Blink-182, Green Day, Something Corporate, Good Charlotte & More To Perform At 2023 When We Were Young Festival 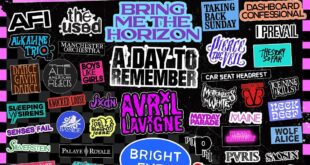 My Chemical Romance, Paramore, A Day To Remember & More Among Star-Studded When We Were Young Festival