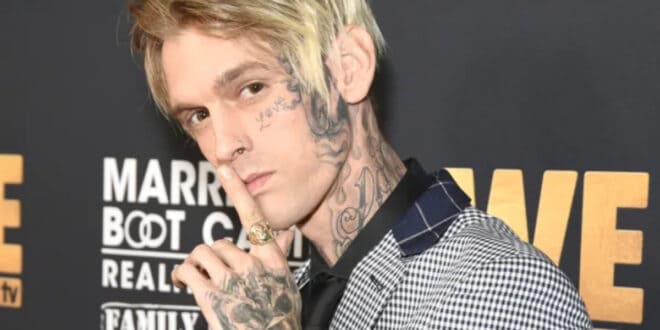 Rapper, singer, actor and child star Aaron Carter has died at 34 years old, according to TMZ.

The former child pop singer and younger brother to Backstreet Boys’ Nick Carter was found dead Saturday (Nov 5) in his Lancaster, California home. Law enforcement received a 911 call on Saturday 11 a.m. local time that a male had drowned in the bathtub.

As of now, there is no information about a possible cause of death. The homicide detectives have been dispatched to the scene, but reported no information or evidence of foul play. He is survived by his 11 month-old son, Prince.

Carter began his music career at only seven years old, singing lead vocals for the band “Dead End.” At nine years old he opened for the Backstreet Boys in Berlin, his first ever solo appearance.

Carter’s self-titled debut album sold a million copies worldwide, released in 1997 at age nine. After the wild success of his first album, his second album was dropped three years later and sold three million copies in the United States.

The “overnight sensation” then began touring with the Backstreet Boys and made appearances on Nickelodeon, Dancing With The Stars and the Broadway musical, Seussical.

In 2002, he released what would be his last album for 16 years, Oh Aaron, a madly popular record that quickly gained platinum status. Throughout his career in the late 1990s and early 2000s, he made TV appearances to include Lizzie McGuire, Sabrina the Teenage Witch and 7th Heaven.

As he grew older, Carter transitioned from hip-hop to rap, and began to face a number of battles including checking into rehab facilities several times and filing a bankruptcy petition in 2013 over millions of dollars of debt. He also had multiple unfortunate encounters with authorities due to drug possession and reckless driving.

Earlier this year he told the Daily Mail of hopes to be seen differently by the public.

“I am not how some people try to paint me,” he told the outlet. “If somebody wants to call me a train wreck, well I’ve been a train that’s been wrecked multiple times and derailed by many different things.”

Another fan tweeted: “I actually saw Aaron Carter live in 2019! So sad that he died so young, he had so many issues into adulthood as well.”

“RIP Aaron Carter. I don’t know how he died. We’re all going to go some day but at 34 that’s tragic,” tweeted another.

Carter is survived by his brother Nick, two sisters, Angel, and B.J., and his son, Prince. He is preceded in death by his older sister Leslie Carter, who passed away in 2012 from a drug overdose. 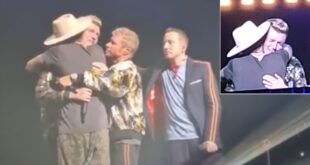 WATCH: Nick Carter Breaks Down In Tears As The Backstreet Boys’ Pay Tribute To His Late Brother Aaron Carter 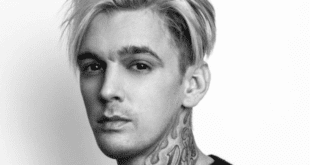