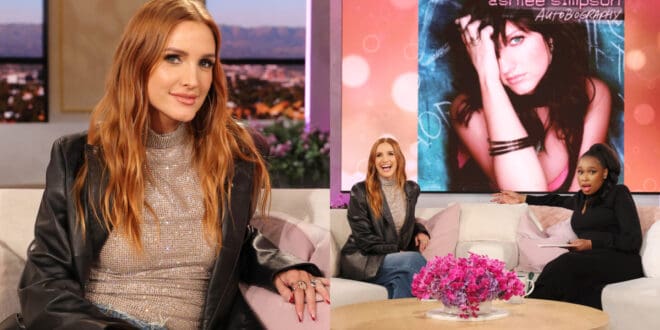 Ashlee Simpson Ross is looking back on her debut album, Autobiography, which featured the fan-favorite hits “Pieces Of Me,” “Shadow,” and “La La,” among others.

During a Jan. 10 appearance on the Jennifer Hudson Show, the 38-year-old “Pieces of Me” singer and younger sister of actress Jessica Simpson said it’s “so wild” that she released her debut album nearly 20 years ago.

Simpson also shared which of her three children asks to hear her old music.

“My daughter [Jagger Snow], she’s the one who’s like, “I wanna hear Mommy’s music,’ so I get to listen to [my old music] quite frequently now.”

Besides playing her music for her daughter, Simpson got to perform her 2004 hit, “Lala” (from her debut album, Autobiography) with pop singer Demi Lovato during the Los Angeles stop of Lovato’s tour back in September.

In an Instagram video Lovato shared, the pair could be seen wearing matching black outfits while they performed the high-energy rock song. “Thank you, @ashleesimpsonross!,” Lovato wrote, captioning the post with a flaming heart emoji.

“I had the best time with you! Thank you,” Simpson responded, adding a black heart emoji to her comment.

Simpson discussed the moment with Hudson on her show, sharing that she brought her daughter Jagger Snow along for the fun and dressed her in “a little rock outfit.”

“It was so fun to perform with Demi [Lovato],” Simpson gushed. “I was so flattered that she sang ‘Lala’ on [her] tour, and to get back out there and sing that with her, I love her. Her voice is so beautiful. It was just fun, fun energy. We had a really good time together. It definitely made me miss the stage and singing,” she added.

“I can’t get over how grown up you are,” Hudson said, which earned a laugh from Simpson as she declared, “I’m not an angsty teen anymore!”

Although Simpson has not released any solo music since her 2008 album, Bittersweet World, she has been making music with her husband, Evan Ross, son of the iconic Motown singer, Diana Ross. The pair, known as ASHLEE + EVAN, released an EP with six songs in 2018 followed by a 2019 single, “Phases.”

In another clip of her appearance on the Jennifer Hudson Show, Simpson admitted it’s “nerve-wracking” playing new music for her super famous mother-in-law.

“You know what? I think it’s nerve-wracking playing music for anyone when it’s new but definitely her because you’re like, ‘please like it.’ [I] definitely [have] butterflies. But she’s such a wonderful mother-in-law, so yeah, she’s very encouraging. She helped [Evan and I] on the album, too,” she said.

Simpson also revealed the Motown icon officiated her and husband, Evan’s wedding in 2014 before surprising them with a performance.

Simpson shares daughter Jagger Snow, 7, and son Ziggy Blue, 2, with Ross and son Bronx, 14, with her ex-husband and Fall Out Boy’s Pete Wentz. 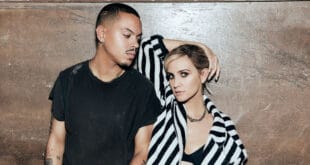 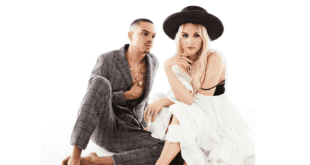 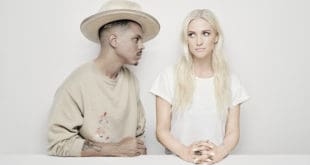