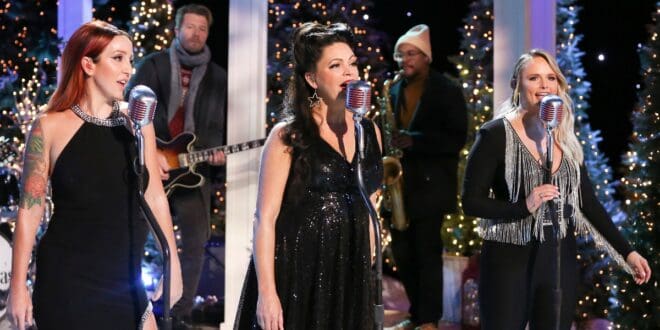 Pistol Annies brought a fun performance to the 2021 CMA Country Christmas special to help kick off the holiday season.

“It’s actually my first time to perform at CMA Country Christmas,” Lambert shared ahead of their performance. ”It’s all of ours, especially as Pistol Annies, so we’re very excited. We wrote nine originals on a new Christmas record, and so we were so thrilled to get a spot and to be able to perform ‘Snow Globe’ one of our favorites on the record.”

“Snow Globe” appears as the lead single on their first-ever Christmas album, Hell Of A Holiday, which included 13-songs produced by Frank Liddell and Eric Masse.

“We couldn’t be happier we got to make a Christmas Album. Once we finally surrendered and let the Christmas songwriting spirit take over, we were so inspired and felt that magic on every single one of these songs,” the trio previously shared. “We hope to be a part of so many people’s Christmas memories for years to come.”

Prior to the show, Lambert, Presley and Monroe shared their favorite holiday traditions.

“Some of my favorite Christmas traditions and memories would be like you know just the simple of being a little kid and everyone’s happy no matter what kind of drama you know that has happened throughout the year,” Monroe said. ”I feel like Christmastime is when everybody can just put everything aside and just eat so many sugar cookies and just let it all go for a little bit.”

Presley added, “One of my favorite Christmas traditions is one that my mom started when me and my brother and sister were little. So, we open gifts on Christmas Eve, but then Christmas morning we wake up and Santa comes, and you wear your pajamas all day. It’s just one day of the year when you literally don’t have to do anything except lie around and eat and get presents. So, I always try to do that for my kids too.”

“One of my favorite traditions is leaving the cookies,” Lambert shared. ”My mom still kind of makes my brother and I even though we’re grown to make the cookies and we kind of know dad’s eating them at this point, maybe? But then I still have that one little kid magic gleam in my eye that it might be Santa.”

Beginning November 30, the CMA Country Christmas will be available to watch anytime on demand and available to stream on Hulu. 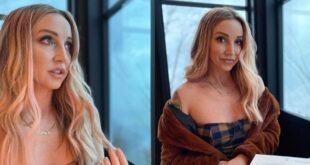 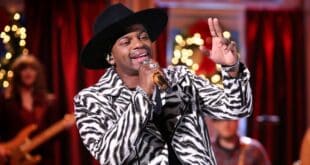