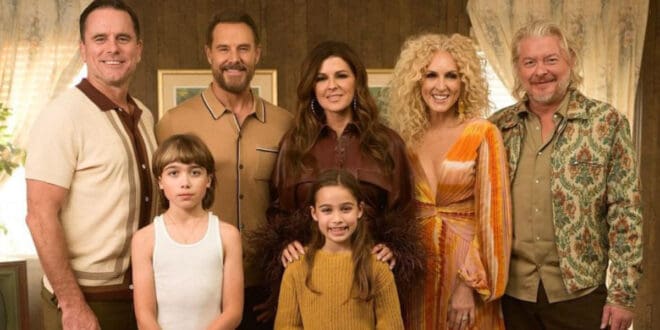 Produced and filmed by Running Bear Films, the emotionally poignant video staged in Nashville, TN features Charles Esten — known for major roles in “Outer Banks” and “Nashville — who portrays the central role of a father. The nostalgic film pays homage to the good men, dedicated people and loving families across the globe as viewers follow the life of a young boy and his relationship with his father (Esten).

Interwoven with a performance by the four-piece group, the video concludes with a beautiful twist: the band’s own Jimi Westbrook as the older, grown-up version of the once little boy.

Watch the full official music video for “Rich Man” below.

“‘Rich Man’ has a special place in my heart, and I’ve been touched by the response it’s gotten from the record and playing it on the road. We wanted the video to show the love of family, and love of a father. This song makes me think of my own dad, and I wanted to honor that as well as the heart I have for my son,” shared Westbrook. “Making this with Charles, the other actors, and of course Karen, Kimberly, and Phillip, was really a labor of love.”

Written by Westbrook throughout the last decade, “Rich Man” is part of the group’s 16-track 10th studio album, Mr. Sun, released September 16 of this year via Capitol Nashville.

“Yeah, in my soul, one thing I know/ I ain’t lookin’ for a pot of gold/ That ain’t what this life means to me/ I keep my head up high, feet on the ground/ Love the ones I’m living ’round/ Life is just that simple to me/ Yeah, I’m a rich man/ I’m gonna tell the truth, man/ Just like my mama preached it/ I’m a red-white-and-blue man/ My daddy fought to free it/ And man, I still believe (I still believe)/ In the “Land of the Free,” sings Little Big Town in the moving lyrics of the song.

“‘Rich Man’ tells the story of how the deep roots of family ground us and give us the space to flourish and become who we are meant to be. True wealth is the story of this song,” added Little Big Town’s Karen Fairchild.

Fans can look forward to seeing Little Big Town live as they gear up to hit the road on tour with George Strait and Chris Stapleton next summer. The six-date stint will kick off on May 6 in Glendale, AZ and will come to a close on August 5 in Tampa, FL. 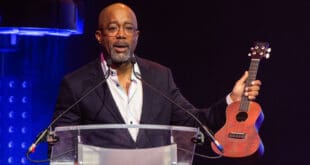 Darius Rucker Honored By Musicians On Call During Millions of Moments Celebration, Says Performing for Patients is “Healing” 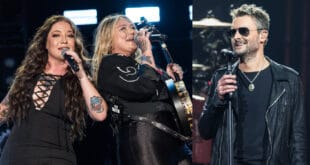 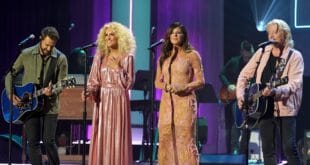