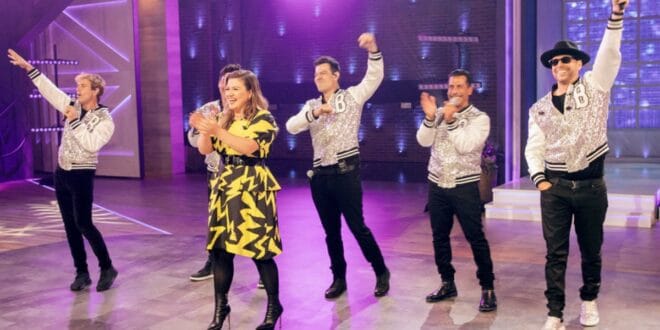 The Texas native was joined by New Kids On The Block (NKOTB), consisting of brothers Jonathan and Jordan Knight, Joey McIntyre, Donnie Wahlberg, and Danny Wood, as well as Salt-N-Pepa and En Vogue to perform a medley of some of the most popular hits from the ’90s, including “Step By Step,” “Whatta Man,” and “Hangin’ Tough.”

The performance kicked off with NKOTB introducing the star-studded sing-a-long with a performance of “Step By Step” during the ‘Kellyoke’ segment of The Kelly Clarkson Show on Monday (Oct. 4). Clarkson lent her powerhouse vocals to the performance during the hit song’s chorus.

Watch the star-studded performance below.

“I’m living my best life,” Clarkson said, before the group revealed their exciting plans for a massive arena tour next year.

During the show, the boy band also announced their 2022 Mixtape Tour with special guests Salt-N-Pepa, En Vogue and Rick Astley.

“It’s been two years, basically, or more since we have toured,” Wahlberg said. “And as you can see we have the craziest and best and most amazing fans on the face of the earth. We’re really anxious to get back to them, and I know they’re anxious to get back to us. And we are announcing today, with you, our Mixtape Tour 2022, with New Kids and Salt-N-Pepa, En Vogue and the legend Rick Astley.”

Produced by Live Nation, the tour launches with a 50+ date trek throughout the United States, and Wahlberg told Clarkson that the group hopes to take it “worldwide.”

The Mixtape Tour 2022 kicks off on May 10, 2022, in Cincinnati, Ohio and makes stops in Nashville, Dallas, Los Angeles, Atlanta, Philadelphia and more, before wrapping up on July 23, 2022, in Washington, D.C. Tickets for the tour go on sale this Friday (Oct. 8) at Ticketmaster.com. For more information on VIP packages and NKOTB fan club pre-sales, please visit www.nkotb.com. See a full list of tour dates below.

“We had a blast out on the first MixTape Tour in 2019, and can’t wait to take it to another level with our fans on the MixTape Tour 2022,” Donnie Wahlberg added. 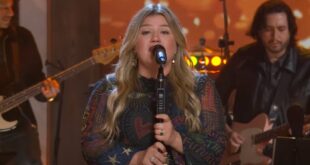