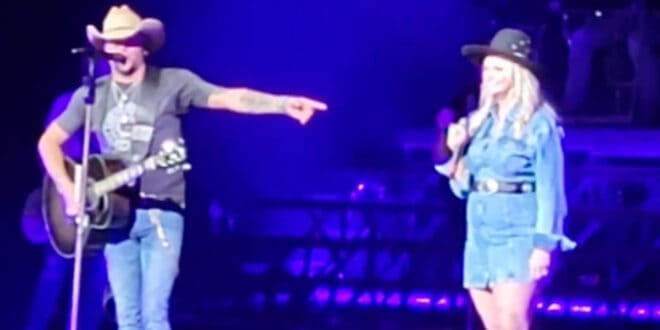 Jason Aldean brought his Rock N’ Roll Cowboy Tour to Nashville on Friday evening (Oct. 14) and fans inside the packed Bridgestone Arena were treated to a surprise appearance by the reigning ACM Entertainer of the Year, Miranda Lambert.

Lambert shocked fans when she appeared on stage for a performance of “Drowns The Whiskey,” a duet between Lambert and Aldean that was co-written by Josh Thompson, Brandon Kinney, and Jeff Middleton. The tune, which was released in May of 2018, appears as the second single on Aldean’s eighth album, Rearview Town.

Aldean welcomed Lambert to the stage by praising her as an “ass kicker.”

“So, Miranda and I go back a long way. I’ve always said if I was going to be a chick in Country music, I’d want to be her, you know what I mean? She’s an ass kicker,” Aldean said. “We got a song that you guys made a big hit for us and we were talking backstage we’ve only done this song live one time at an awards show. So, we haven’t rehearsed this or anything so we all going to see how it goes together.”

“Hey Nashville,” Lambert said, before adding, “good luck to us!”

The pair of country superstars then performed the chart-topping duet together for the near capacity crowd in the home of the Nashville Predators.

“Whiskey’s supposed to drown the memory / I’ve gone from one to one too many / And the thing that really gets me / Is how your memory drowns the whiskey,” Aldean and Lambert sing on the tune’s chorus.

The performance marked the second live showcase of the tune. Aldean and Lambert first performed the song at the 2018 CMA Awards.

Morgan Wallen also joined Aldean during the show for a two-song performance, which included “Whiskey Glasses” and “You Make It Easy,” a tune Wallen co-wrote alongside Tyler Hubbard, Brian Kelley and Jordan Schmidt.

Aldean has previously opened up about being a big fan of Lambert’s vocals during an interview with an Australian media outlet.

“I’ve always been a fan of her voice, and I’ve always said if I was a female singer that’s the kind of stuff I would do. She’s a rocker, but can also be like really country. Really well-rounded,” Aldean gushed.

He also shared that Lambert was immediately sold on joining him for the duet after he pitched her the song.

“When I sent her that one, she kind of flipped out. She was on board then. And then she came in to sing it and nailed it,” he recalled, before adding, “And our voices blend really well together.”

In addition to “Drowns The Whiskey,” Aldean and Lambert previously recorded a song together called “Grown Woman” from Aldean’s 2007 album, Relentless. The two hitmakers have also toured together often during the early years of their careers.

The trek currently runs through October 29, 2022, where the trek will wrap up in Wichita, Kansas at INTRUST Bank Arena, and features support from Gabby Barrett, Dee Jay Silver, John Morgan, Chase Rice, Tracy Lawrence and Travis Tritt on select dates. Tickets for the trek are still available HERE.

Produced by Live Nation, the tour takes its namesake from the 2022 CRS Humanitarian Award recipient’s song, “Rock And Roll Cowboy,” which is a track from his tenth studio album, Macon, Georgia, which arrived on April 22.

Additionally, Miranda Lambert recently returned to Nashville as she is currently on a break from her Las Vegas Residency at Zappos Theater, dubbed the Velvet Rodeo, which kicked off on September 23, 2022. 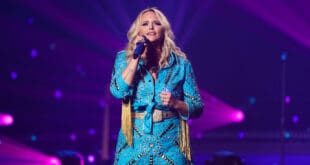 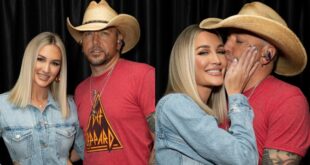