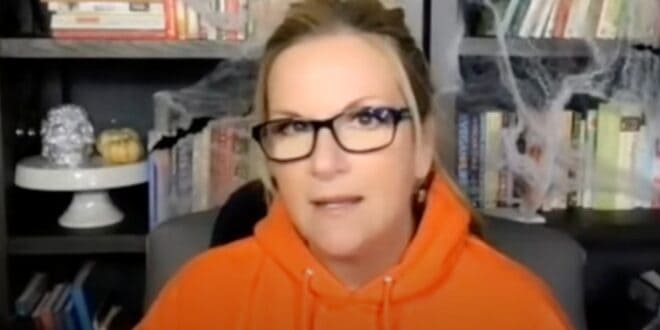 Trisha Yearwood; Photo Courtesy of YouTube/Come On Over Podcast

Trisha Yearwood dishes on her bone-chilling ghost encounter at one of our nation’s national parks during her appearance on the Come On Over podcast.

The country music superstar recently visited Alcatraz Island, a U.S. national park in San Francisco, California where she and some friends endured a terrifying run-in with a ghostly figure.

Alcatraz Island was opened in 1933 as a maximum-security, minimum-privilege prison which held some of the worst criminals to ever live. Inmates included Al Capone, George “Machine Gun” Kelly and Arthur “Doc” Barker— some of the most legendary criminals of their time. Alcatraz Prison is often recalled as one of the most haunted places in the world, legend saying the halls are filled with petrifying screams and sobs that could make one’s blood run cold. However, today the buildings are abandoned and are used for educational tour purposes.

Jeff Mauro from the Come On Over podcast invited Yearwood to share the chilling tale, one which the country hitmaker claims is “100 percent true.”

“Trisha, I’m gonna let you take it away,” Mauro says.

Trisha shared that her anecdote started out innocently, but quickly took a startling turn as she and some friends set out to tour Alcatraz Island.

With multiple tour choices available, Yearwood and her friends opted for the night tour when a guide approached them and suggested they follow him to see some exclusive areas on the tour.

“We chose to go on a night tour of Alcatraz,” Yearwood details in the podcast. “One of the tour guides was an older gentleman,” she continues. “And he came up to us and said, ‘Hey, I’ll take you on a tour of Alcatraz that nobody else ever gets to see.’”

As they made their way through the historical landmark, the tour guide urged the group to stand on the staircase and offered to take their picture.

“He said, ‘You guys get on that staircase. I’ll take a picture of you guys,” Yearwood recalls.

“As we’re going down the steps, my friend Mandy she’s snapping pictures the whole time,” she says. Then, Yearwood says her friend turned around and “snaps a picture on her phone of the staircase that we were just on.”

At that point in time, the singer and friends noticed something strange about the photo just taken. After taking a closer look, they were in shock as they detected a ghostly figure in the picture.

“There’s an image in this picture that we can’t explain,” Yearwood tells Mauro.

“The first one is the girls on the staircase,” she continues. “And the second one is the next picture is what was taken after we stepped off that staircase. I think we saw something.”

Mauro took to Instagram to lure fans to the daunting story.

“Most convincing photographic proof of a ghost I’ve ever seen!!! The scares keep coming with Part 2 of our Halloween ExtravaGOONZA, and this time the one and only TRISHA YEARWOOD stops by to tell us her real ghost story that will give you the chills for weeks. AND she even has actual photo evidence to prove it!”

The video of the interview shares the picture that Yearwood is referring to. “What are the odds that I would have the best photograph of a ghost ever taken,” Yearwood ponders. 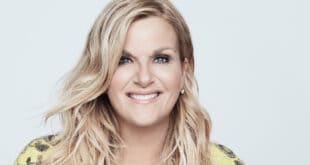 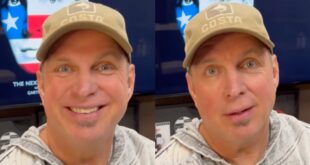 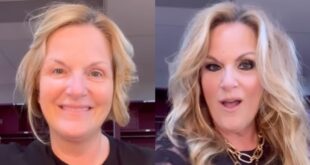