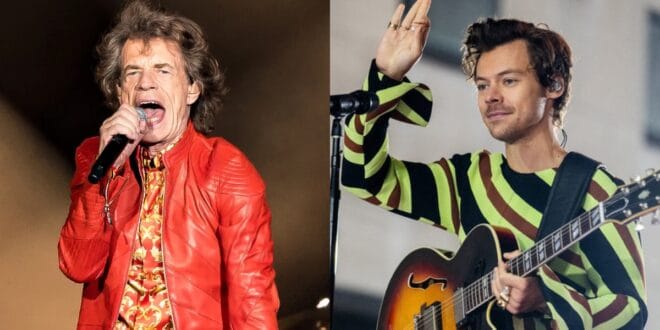 Rolling Stones frontman Mick Jagger made some comments about former One Direction singer Harry Styles during a recent interview.

While speaking with the UK outlet, The Sunday Times, Jagger said the “Watermelon Sugar” star bears a “superficial resemblance” to him when he was younger, but that’s where their similarities begin and end.

“He doesn’t have a voice like mine or move on stage like me; he just has a superficial resemblance to my younger self, which is fine. He can’t help that,” Jagger told the outlet.

In addition, the “Paint It, Black” singer said he’s more androgynous than Styles, who once caused a stir after wearing a dress on the cover of Vogue.

“I like Harry — we have an easy relationship,” Jagger said. “I mean, I used to wear a lot more eye make-up than him. Come on, I was much more androgynous,” he added.

This was not the first time Jagger made comments about Styles that were not exactly praiseworthy. In 2017, the legendary rocker told fellow UK outlet, The Press that Styles was “very decent.”

“He’s got it going on. I know him, he comes to see me in lots of shows. And yeah, I can see the influence. But I don’t say anything to him, I just tell him he looks nice. I like him. He’s very decent,” he said.

Styles, on the other hand, has not been shy with his praise of the rocker. According to the Daily Mail, Styles once referred to Jagger as “the coolest man on the planet.” Styles also used past outfits worn by Jagger as inspiration for his look in the music video for his song, “As It Was.” Styles can be seen wearing a bright red jumpsuit that mirrors one of Jagger’s looks in the video.

Styles has actually worn outfits similar to Jagger’s on multiple occasions. On a 2018 tour, he wore a black and silver pinstripe suit that resembled one the rocker donned in 1973, he sported a canary yellow suit at the 2020 BRITs afterparty modeling a 1974 photoshoot Jagger did with his then-wife Bianca, and he wore a black leather outfit during the 2021 Grammy Awards that served as a callback to a 1976 tour look of Jagger’s, according to Harper’s Bazaar.

The singer also impersonated Jagger during a Saturday Night Live sketch back in 2017.

harry styles as mick jagger in 2017 was immaculate literally one of the funniest things ever pic.twitter.com/zt5zvfgbRi

And although Jagger doesn’t seem to be the biggest fan of Styles, there are two young artists he recently praised for helping keep rock and roll alive.

While speaking with the Swedish radio station P4, Jagger said Machine Gun Kelly and Yungblud make him think there’s “still a bit of life in rock and roll.”

Jagger’s comments about Styles, Machine Gun Kelly, and Yungblud aren’t the only thing garnering him attention these days.

In her new book, The Stone Age: Sixty Years of the Rolling Stones, author Lesley-Ann Jones alleges that Jagger had ongoing relationships with bandmates Keith Richards and Mick Taylor as well as other male celebrities and musicians.

These relationships were not “one-offs” and the band members’ wives and girlfriends were aware of what was going on between the men, the book claims.

Meanwhile, Styles was recently forced to cancel three concerts he was playing in Los Angeles due to the flu. The singer has rescheduled the shows for 2023, Deadline Hollywood reported. 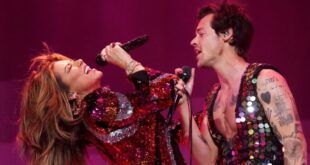 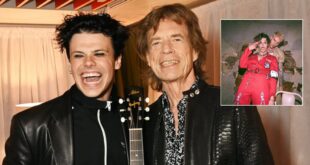 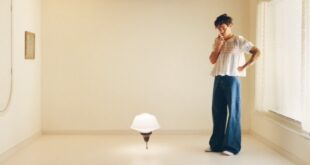