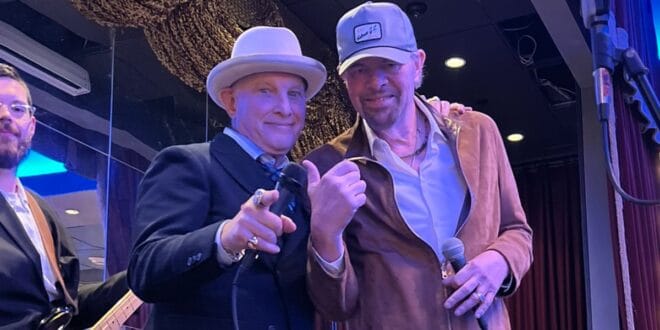 Toby Keith made his first public appearance since revealing his cancer diagnosis on Friday (Nov. 4) when he popped up on stage at Jeff Ruby’s Steakhouse in Lexington, Kentucky.

Keith, 61, was in Lexington for the 2022 Breeders’ Cup, which took place on Friday and Saturday at Keeneland Race Course. After a day at the races, Keith enjoyed a night out with dinner at Jeff Ruby’s and shocked patrons when he took to the stage for his first performance in a year.

“Welcome to the Breeders’ Cup,” he said. “I’ve been knowing this guy for a long, long time and I just told him back there I just came from London and France to get back to the Breeders’ cup. Jeff Ruby’s has the baddest f–king steak. I haven’t worked in about a year… Our tradition to get up here and sing with JR is we’ve got to do this song.”

He loves this bar 🎶🎸 pic.twitter.com/S9cDPFFnOy

The Oklahoma native joined Ruby and the house band at the high-end steakhouse for an impromptu performance of his 2003 chart-topper, “I Love This Bar, Otis Redding’s “(Sittin’ On) The Dock of the Bay,” Lynyrd Skynard’s “Sweet Home Alabama,” and more.

According to a Facebook post shared by Jeff Ruby Culinary Entertainment CEO Britney Ruby Miller, Toby Keith performed for an hour at the event.

“Toby Keith is on the mend!! After a year of fighting stomach cancer, he chose Jeff Ruby’s Lexington stage to sing with Jeff Ruby. His first time singing in over a year!… Toby sang for an hour,” Miller wrote.

Earlier in the day, Ruby shared a photo with Keith from Keeneland.

“If I lose a fortune at ⁦@keeneland⁩ today I will still have had a great day. Seeing ⁦⁦@tobykeith⁩ alive, well,being Toby and looking great ( and trim too) was an incredible thing to see,” he wrote. “See ya tonight pal. Millions of your fans are happy as well.”

If I lose a fortune at ⁦@keeneland⁩ today I will still have had a great day. Seeing ⁦⁦@tobykeith⁩ alive, well,being Toby and looking great ( and trim too) was an incredible thing to see. See ya tonight pal. Millions of your fans are happy as well. 👊🏼❤️💪👏🎸👊🏼 pic.twitter.com/jmcZovdd95

In September, Keith shared a video statement to accept the honor virtually as he wasn’t up for traveling in the midst of a “tough week” in his cancer recovery.

Toby Keith was honored with a Lifetime Achievement Award at The SabesWings’ Second Annual Strike Out Fundraiser in Paso Robles, CA and shared a virtual speech, accepting the honor.

In 2021, Toby Keith released his 19th studio album, Peso In My Pocket. The project includes the fan-favorite track, “Old School,” as well as his brand-new radio single, “Oklahoma Breakdown.”

Toby Keith will be recognized for his massive career success at the 70th Annual BMI Country Awards on Tuesday, November 8. While it’s unclear if he will attend the event in person, the prestigious BMI Icon Award will be bestowed upon him during the star-studded, invitation-only ceremony.

According to the press release, the BMI Icon Award is given to exceptional songwriters in recognition of their “unique and indelible influence on generations of music makers.”

“We are honored to present Toby Keith with this year’s BMI Icon Award. Since the release of his single ‘Should’ve Been A Cowboy’ in 1993, Toby has been the gold standard of songwriting in the modern era of Country music,” says Clay Bradley, VP, Creative, Nashville. “Toby is not only a stellar songwriter, musician, and producer whose songs have amassed millions of performances; he is also a true humanitarian. With 11 USO tours under his belt, he continues to commit to honoring and serving our troops worldwide. No one is more deserving of this honor.”

In addition to his chart success, Keith is known for giving back. His annual golf classics fund the Toby Keith Foundation and OK Kids Korral, a cost-free home for families of children dealing with critical illnesses, and his 11 USO tours have enhanced the lives of nearly 256,000 troops and military families. In 2014, he was given the Spirit of the USO Award for his work with the organization, which has so far included 11 tours and more than 285 events. In an even more personal instance of philanthropy, he became the face of his hometown after it was ravaged by a tornado, shouldering the cleanup, and headlining the 2013 OK Twister Relief Concert. 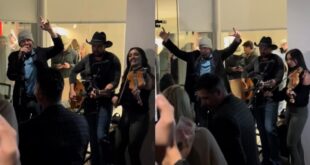 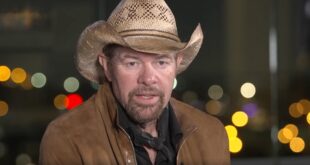 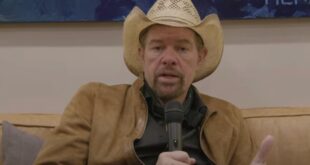