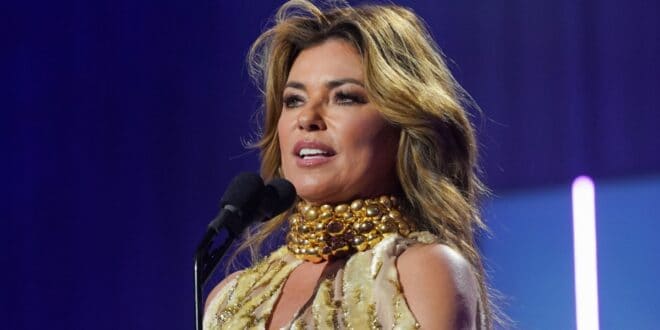 Shania Twain is getting ready to “make some noise” and “raise” her voice!

After an extended hiatus, The Queen of Country is set to make a big return to a stage in Nashville, Tenn. Twain will host a concert at GEODIS park this summer, and the show is sure to be one not-to-miss.

Featuring special-guests Kelsea Ballerini and BRELAND, the one-night-only concert is set for Wednesday, June 7th, 2023, and will be the first live show to take place at the park since it opened up as a soccer-specific stadium on Sunday (May 1).

Twain, who hasn’t performed in Music City in nearly five years, took to social media to address rumors by confirming her upcoming appearance on the new stage, which has a capacity of 30,109 seats.

“There’s been a few rumors in the press about what’s coming next from me – It’s been fun to watch 😂,” the 57-year-old powerhouse, pinned a caption alongside a promotional photo, which has her wearing a stetson and silk shirt wrapped around her waist. “Well I am here to officially confirm ONE of those rumors… NASHVILLE, won’t you wake up dreaming with me, @kelseaballerini, and @breland at @geodispark on June 7th, 2023?? 🥰🎉⁠ Tickets on sale this Friday.”

Shortly after her initial post, an overjoyed Twain returned to Instagram, writing, “Soooo maybe I got a little over-excited and leaked my own Nashville announcement 🤭😂 It’s been too long… five years almost!”

“I couldn’t keep it in any longer! I’m so honored to be the first concert to take place at @geodispark and I can’t wait to share this experience with @kelseaballerini and @breland🥰.” Twain continued the post before throwing a nod to her ‘90s crossover smash, “Man! I Feel Like A Woman.” “I’m going out to Nashville, I’m feelin’ alright, gonna let it all hang out!! 🎤”

“We are truly excited to bring our first concert to GEODIS Park,” Ian Ayre, CEO of Nashville Soccer Club, said in a statement. “Hosting top artists for concerts was one of the key focuses for our stadium design, and it is fantastic to see this come to fruition. So many people have worked so hard to get to this point for soccer and for music, and we could not be happier than to have Shania Twain be our first announced artist to perform at GEODIS Park.”

The latest news of Twain’s upcoming Nashville show follows the release of her current single entitled “Waking Up Dreaming.” The track is the first taste of what fans can expect from an upcoming album from the Canadian songstress.

Tickets for Twain’s highly-anticipated concert officially go on sale on Friday, (Oct. 28), at 10:00 a.m. local time and can be purchased through LiveNation.com. $1 of every ticket purchased will be donated to Shania Kids Can Clubhouse (SKC).

Previous Jon Langston Releases Romantic Single “Give You My All”: “I Hope The Fans Feel This One Just As Much As I Do”
Next Jameson Rodgers Reflects On “Things That Matter” In New Track 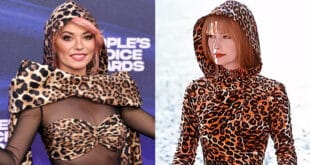 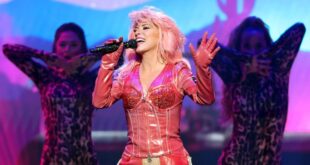