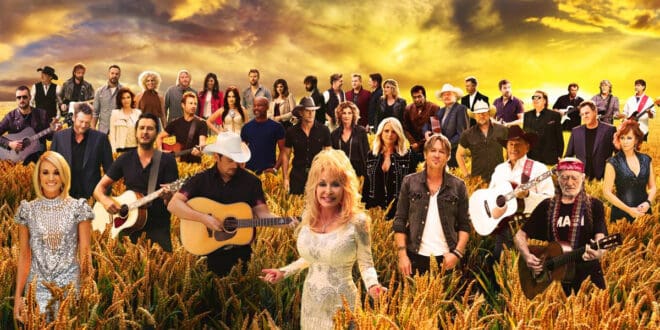 It’s quite rare to find a music video featuring over two dozen country acts. But in the fall of 2016, that was an idea that was brought to life. Some of the biggest artists across generations of the country genre gathered in one place to celebrate the 50th anniversary of the annual CMA Awards.

That CMA-released video was dubbed “Forever Country.” And all profits from the sales and streaming of the song, itself, went to benefit music education causes through the CMA Foundation.

Produced by award-winning songwriter Shane McAnally and directed by Joseph Kahn, this over four-minute dreamy clip featured 30 recognizable faces and former CMA Award winners singing in different locations thanks to the magic of a green screen. Together, the stars combined three classic country hits, including John Denvers’ “Take Me Home, Country Roads,” Willie Nelson’s “On the Road Again,” and Dolly Parton’s “I Will Always Love You.”

For “Take Me Home, Country Roads,” viewers were transported to back roads, farmland, the Nashville skyline, and nature as Paisley, Urban, McGraw, and Hill unveiled the beginning lyrics of the hit.

“Almost heaven, West Virginia / Blue Ridge Mountains, Shenandoah River / Life is old there, older than the trees / Younger than the mountains, growin’ like a breeze,” they sing separately letting their southern voices shine on the ballad that serves as a reminder to be grateful for the places where you grew up.

By the time the chorus hits, more country artists pop-up in the video, such as Little Big Town, Bryan, Lambert, Travis, Shelton, and Strait. Although some artists were not shown yet, all singers could be heard lending their vocals to the song in beautiful harmony, turning the tune into a magical mashup for anyone listening.

“Country roads, take me home / To the place I belong / West Virginia, mountain mama / Take me home, country roads,” they sing before the clip segues into a mixture of all three songs with Musgraves singing the lead on “I Will Always Love You.”

Each moment in the video, filmed over three days in Nashville, Tenn., is worth watching. But it’s at the very end where things get extra special. It’s then that viewers catch all of the artists standing together in a glorious field as Parton finishes the lyrics to “I Will Always Love You.”

“The artists who stepped up to participate in this one-of-a-kind project span all five decades of the CMA Awards,” Sarah Trahern, CMA Chief Executive Officer, told ABC News at the time of the video release. “They represent the heart of this song, the strength of our relationship with the fans, and the future of Country Music.”

Artists will soon join again in the spirit of country music when the 2022 CMA Awards return. The 56th Annual Country Music Association Awards, co-hosted by Luke Bryan and Peyton Manning, will air live, from Nashville’s Bridgestone Arena on Wednesday (Nov. 9) at 8/7c on ABC. 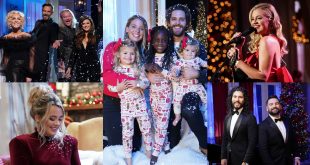 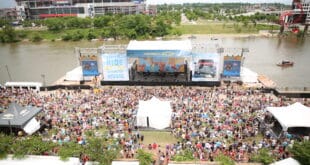 CMA Fest 2020 Has Been Cancelled Due to Coronavirus Pandemic 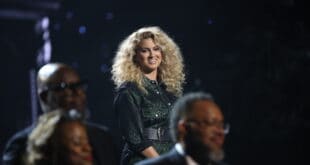