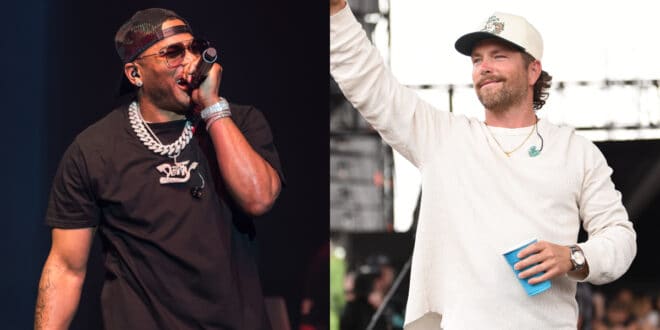 Nelly has teamed up with country singer Chris Lane on his new song, “Birthday Girl,” which was released Friday (Nov. 4).

The song, which features a crossover country-inspired hip-hop sound, follows a “birthday girl” as she picks out an outfit and celebrates her special day with her girlfriends. The song is also the rapper’s birthday gift to his fans. (Nelly’s birthday is on Nov. 2).

Lane described the opportunity to collaborate with Nelly as the “icing on the cake” and a “full-circle” moment.

“Working with Nelly is a full circle moment for me. I grew up a huge fan of his music and I have enjoyed getting to know him through touring together. Doing this song is the icing on the cake!,” Lane said, according to a press release.

Teaming up with Lane is not the rapper’s first country collaboration. Nelly has previously teamed up with Florida Georgia Line on his 3x-platinum song, “Lil Bit” and a remix of their mega-smash, “Cruise,” according to the same press release. Nelly has also worked with Tim McGraw, Kane Brown, and Jimmie Allen, among others.

The collaboration is also not Lane’s first, either. Lane teamed up with fellow country singer Lauren Alaina to put their own unique spin on King Harvest’s 1972 hit, “Dancin’ in the Moonlight” back in June.

The collaboration between Nelly and Lane follows the rapper’s 50’s and 60’s Motown-themed Halloween costume party slash birthday bash. The event took place on Oct. 31 and was hosted by the rapper along with Jermaine Dupri, Bryan Michael Cox, Polow Da Don, and Johnta Austin.

The multi-platinum rapper, actor, entrepreneur, and philanthropist is most well-known for hits such as “Ride Wit Me,” Hot n Herre,” and “Country Grammar,” a song that was released 20 years ago and was certified Diamond by the Recording Industry Association of America (RIAA). His most recent album OutsideCouch.com was released in April 2022.

Following the arrival of their new addition, Lane’s wife Lauren shared a video of their sons meeting for the first time on Instagram. In the video, Lane can be seen walking into his wife’s hospital room with one-year-old Dutton in tow.

The country hitmaker also shared an adorable clip of his son Dutton dancing to his famous father’s new collaboration with Nelly.

“It’s not his birthday, but Dutton approves. Y’all check it out! 🥳 #birthdaygirl,” Lane captioned the video.

Lane is also gearing up to play a handful of shows in Canada with Kane Brown in December before he’s slated to play two nights at Boots In The Park in California this March. 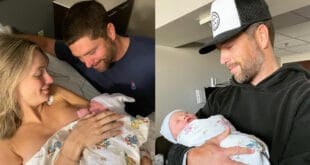 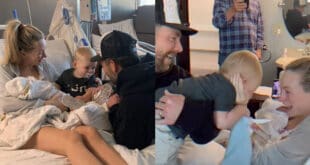 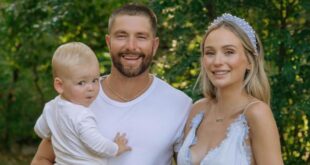