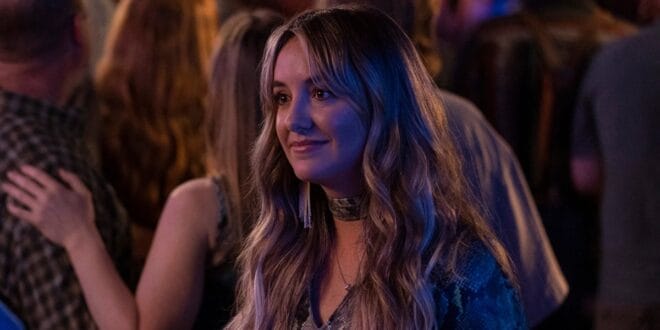 Lainey Wilson had Yellowstone fans roped in for yet another incredible debut last Sunday (Nov 20) —a surprise performance of her original, brand-new song “Smell Like Smoke.”

Paramount’s smash hit series Yellowstone premiered the third episode of its fifth season over the weekend, calling the country singer back after her spectacular acting debut in front of a record-breaking 12 million viewers the week before. This time, she brought more than just her newfound acting skills to the table and shared her musical roots with the bunkhouse cowboys and Yellowstone fanatics.

The empowering song shows off Wilson’s fiery and bold spirit—traits that describe the reigning CMA winner along with her character named Abby in the show. She sings of her hard-hitting resilience to conquer hell and back with a no-nonsense attitude; proud of who she is and hopeful for the future.

“If I look a little drunk, it’s ’cause I drank some / If my neck’s a little red, it’s ’cause I am one / Heaven’s where I’m gonna go, the Bible says so on my shelf / But if I smell like smoke, it’s only ’cause I’vе been through hell,” Wilson’s character Abby sings on the tune’s chorus.

The country singer stirred up some excitement for the third episode premiere on Instagram the night before.

“Smell Like Smoke” has been added to her latest album Bell Bottom Country, which is currently sitting at No.12 in the Billboard Top Country Album charts and features 15 tracks including her Top 15 single “Heart Like a Truck.” This won’t be Wilson’s only musical feature in the show, as her songs “Watermelon Moonshine” and “Hold My Halo” from the album will be played throughout the season as well.

The Louisiana native made her acting debut in the season 5 premiere of the hit series, playing a character specifically created by the show’s creator, Taylor Sheridan, with hopes of being closely similar to who Wilson is in real life. She sang the powerhouse tune on the stage of the Crystal Bar in Bozeman, Montana.

The bunkhouse crew along with Rip and Beth went out to celebrate Lloyd’s birthday, and after a couple shots of whiskey, Ryan gathered up the courage to ask Wilson’s character Abby to dance. The night ended early, wrapping up with one of Yellowstone’s infamous bar fights and a whole lot of trouble for the cowboys.

Yellowstone took to Instagram to publicize the new song.

“ICYMI: @LaineyWilsonMusic’s new song “Smell Like Smoke” made its debut on #YellowstoneTV! Listen to her album #BellBottomCountry now, and break out the dance moves that would make Abby and Ryan proud.”

Additionally, Wilson will embark on her first-ever headlining tour, the Country With a Flare Tour in January 2023, which has already sold out in several major cities.

She’ll then join CMA Entertainer of the Year Luke Combs for all North American dates of his 2023 World Tour. 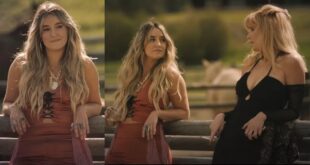 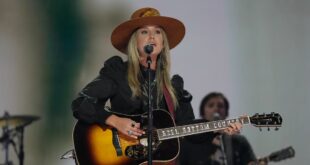