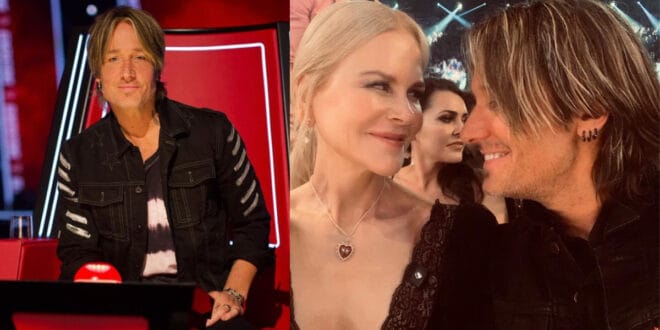 Keith Urban will soon have “One Too Many” projects going on. So he will have to pull out of some of his known roles – and that means saying goodbye to his coaching duties on one of the most popular televised singing competitions.

The Australian-born country star, 54, has announced he will not resume his contract for The Voice Australia when Seven Network picks up its 12th season. Urban, who appeared on the sing-off series alongside fellow judges Jessica Mauboy, Guy Sebastian, and Rita Ora, opened up about his decision to step back from the franchise for 2022 with The Sunday Telegraph.

The Grammy-winning artist said that while now is not the best time to commit to such a show, he hopes the door will “stay open” in case he does decide to reprise his role and take back his seat in one of the famous red chairs.

“I actually don’t think of it as the end of a chapter at all because I love doing the show,” Urban, who has appeared on the series on and off since 2011, told the outlet. “I feel very close to everybody on the set and hopefully the door can stay open because I would jump back in a heartbeat.”

Urban has had to shift his priorities because he has a handful of other commitments coming down the pipeline. And, that includes making preparations to head back to his ongoing Keith Urban Live—Las Vegas residency at the Colosseum at Caesars Palace, embarking on the Australian leg of his The Speed Of Now tour and laying down the framework for his next album, which he hopes to release sometime in 2023.

“Unfortunately the timing of it means that I won’t be able to come back for this next season of The Voice,” Urban explained. “I will be finishing this album, putting it out and then we will be resuming our Vegas residency, which we hadn’t been able to do through the pandemic.”

Along with that, Urban says he hopes to carve out some time to enjoy the upcoming holidays, particularly Christmas, in his native Australia with family by his side.

“I am looking forward to it, and it is summer, a beautiful time to be there,” Urban shared. “My mum just turned 80, and Nic’s mum, who knows how many Christmases we get with anybody ever, but particularly with our mums, I cherish that chance to spend Chrissy with them and our family in Aus.”

Urban’s decision to exit The Voice Australia comes after his recent show at Nashville’s Bridgestone Arena, honoring the late Loretta Lynn, who passed away at age 90 on Tuesday (Oct. 4), at her home in Hurricane Mills, Tenn. Urban performed songs “Blue Eyed Kentucky Girl” and “You’re Looking At Country” to a massive crowd, paying tribute to the icon.

He also took to social media to share his personal experience as a friend to Lynn.

“There’s unique artists, and I mean truly unique artists, and then there’s the very rare ‘one of one’ unclonable originals. That was THE Miss Loretta Lynn. Bold, fearless, unfiltered, hilarious, smart as a whip, trailblazing (all with a glint in her eye), and gold in her heart,” Urban captioned, alongside a spread of photos featuring some memorable moments he shared with Lynn. “I was honored to have been her date for the 2005 CMT awards. From that night all the way through her 87th birthday bash in 2019 where Miss Loretta asked me to jump out of a cake for her – which I gladly did – she’s been a true believer.

“It’s hard to quantify what she brought not only to country music but to millions of people everywhere,” he continued. “A voice that was needed. Subjects and themes nobody else would dare write and sing about. She did it. I’m profoundly grateful for the all too-brief time I got to spend with her. Blessings to you and your eternal light Miss Loretta and all of your family and friends.”

Urban’s The Speed Of Now tour wraps its US run on Nov. 5. The trek will resume overseas on Dec. 1 with its first stop in Australia. 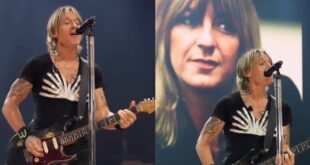 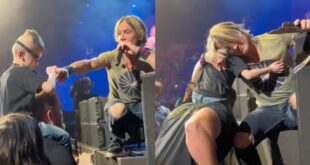 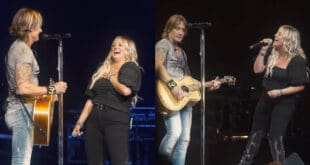