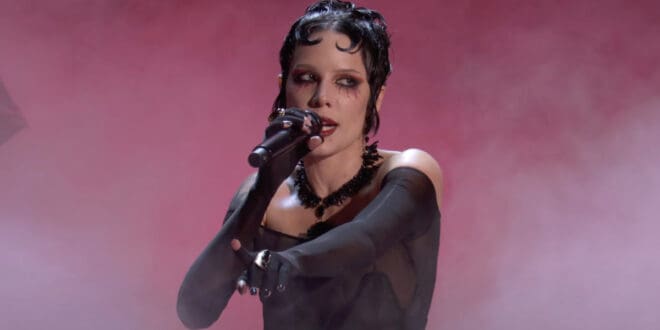 There’s new music on the way from Halsey. They’re teaming up with Blizzard Entertainment for the release of Diablo IV. The new game arrives on June 6, 2023, and they performed a new track from the game at The Game Awards recently to make the announcement.

Check out her performance of “Lilith” below.

“As soon as Diablo IV was announced, I knew I wanted to be part of the lead-up and launch,” Halsey said. “Lilith is such a huge influence on my own art and has informed so many characteristics of my alter-ego. My family has spent many hours in Sanctuary together over the years, so I am here as a fan and as a collaborator. The Game Awards performance for the launch date announcement is just the beginning of what Blizzard Entertainment and I have in store. A lot of exciting things coming for Halsey fans Diablo fans and the crossover; waiting for Lilith’s embrace.

“It’s so exciting to collaborate with a talented artist who has loved Diablo for years,” he said. “And we can’t wait to continue working with Halsey to support the launch of Diablo IV. Together, Halsey and the Diablo team will bring the relentless battle between angels and demons to the world as they invite everyone to join us in the most brutal vision of Sanctuary to date.”

There’s no word on just how much music Halsey will contribute to the project. It’s their first new music since 2021’s critically acclaimed If I Can’t Have Love, I Want Power. They’ve been teaming up for several collaborations as of late. Earlier this year, they announced their award-winning cosmetics brands would be working with Live Nation. That collaboration will allow for special fan experiences throughout venues and festivals which will encourage individuality and makeup experimentation. Live Nation also financially invested in about face and a94, helping the brands reach a wider audience.

If the new music leads to a full album project for Halsey, it would be their fifth, full-length studio release. Since debuting with BADLANDS in 2015, they’ve added hopeless fountain kingdom in 2017, Manic in 2020 and If I Can’t Have Love, I Want Power last year.

Halsey is currently on a break from their “Love and Power” tour, but it resumes next summer. The next date comes on June 1 in Barcelona, Spain. They’ll do a handful of festival dates across Europe beginning with the Primavera Sound Festival. There are also stops at Primavera Porto and Sound Festival in Arganda del Rey, Spain in June.

Currently, there are no North American dates on Halsey’s itinerary, but if new music is on the way, a support tour is almost a certainty. As that rollout continues over the coming months, those announcements are likely to be a part. 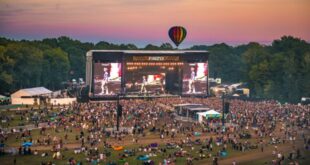 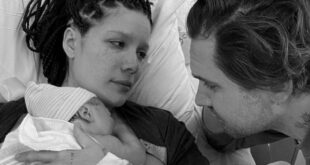