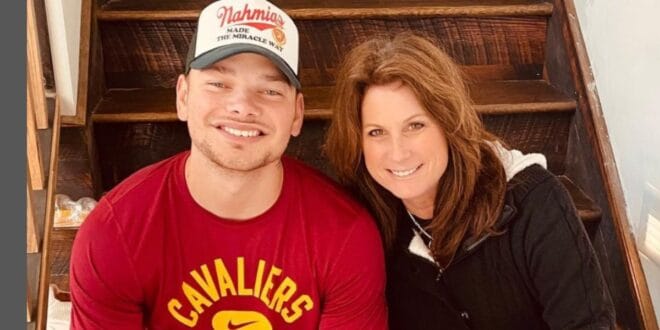 “The duo we never knew we needed 🙌👏,” wrote one Instagram user, while another shared, “A collaboration would be lovely!!!!”

Whether they plan to join forces in the studio is still unknown, however, Clark and Brown have formed a friendship over the past few years after Brown purchased Clark’s former Nashville-area home.

The “One Mississippi” singer recently revealed that he and his wife Katelyn are in the middle of renovating their home, and it appears Brown recently invited Clark over to check out the new renovations.

“Lots of ‘additions’ going on over there! Thanks for showing me one,” Clark shared on social media following their visit.

On November 23, Brown went live on his Facebook page to show fans the progress on the home renovations. After walking through the kitchen, Brown took fans to the second story, which was completely gutted with only wood framing still standing as it’s still an active work zone.

“So, this part of my house is just open… It’s going to be sick when it’s done,” Brown told viewers.

Some additions that are currently in the works at the Brown’s home include: a studio with a balcony that overlooks the family’s resort-style pool, a safe room, a playroom for their two children, a new bedroom for Kingsley and a new garage.

Along with the new additions, the father of two also shared some of the renovations that he is making to expand the home, which include relocating his living room to where his garage was previously located, and more.

Clark previously resided in the home after purchasing the property in 2014, according to The Cottage Journal. When building the Tennessee home, the “Girls Lie Too” singer salvaged some of the original structures on the property, including the logs from one of the buildings, which she used as a mantle piece in the living room as well as the staircase finial, stylish wooden support posts and more.

Prior to renovations, many of Clark’s design choices could still be seen standing within the Brown’s home, including the staircase pictured in the photos they took together, which can be seen above.