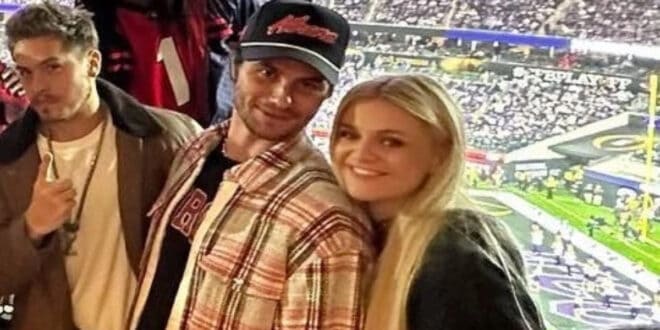 In a video shared to TMZ, the 30-year-old actor played coy when asked about his relationship with the country singer/songwriter, but he didn’t deny it. In fact, he shared what he likes about her when a paparazzi photographer ambushed him in Los Angeles on Tuesday (Jan. 17).

“Listen, the whole world has sort of gone crazy over your post with Kelsea Ballerini. I think you guys make the cutest couple,” a reporter asked Stokes in the video clip.

“Thank you,” Stokes replied to the reporter, before the person behind the camera questioned the Outer Banks’ star, “what is it about her that kind of drew you to her?”

“She’s a sweet girl. We’re having a good time and that’s all I can say,” the actor replied.

“It is Instagram official. Is that the hard launch?” the reporter then asked, to which Stokes shook his shoulders, smirked and looked the other way.

The person in the clip continued to pry. Have you gotten a cowboy hat or Wranglers? Have [Kelsea] showed you around Nashville yet?”

“I grew up in the South so all of that’s already in my life,” Stokes answered.

Speculation about Chase Stokes and Kelsea Ballerini dating began when the pair were pictured together at the National College Football Championship.

After the game, Ballerini, 29, and Stokes, 30, were seen in a group shot inside the Raising Cane’s suite in a photo shared by Todd Graves, Founder and CEO of Raising Canes Chicken Fingers.

Kelsea Ballerini commented on the Graves’s photo with three white hearts and Stokes wrote, “Appreciate the hospitality my man!”

The photo sparked conversation around the web and in the CelebWivesofNashville forum on Reddit.

On Friday (Jan. 13), Stokes added to the speculation when he shared a “lil recap” on Instagram that featured a photo of him and Ballerini watching the game together. He tagged her in the post and she responded, “go vols 🙈,” staying true to her East Tennessee roots.

Fans flocked to the comments section of the post.

“KELSEA AND CHASE. 🚢,” wrote one Instagram user, using a ship emoji which seemingly references the commonly used term “shipping” that describes the “action of wishing for two people to enter a relationship,” according to Urban Dictionary.

was NOT expecting to see kelsea ballerini and chase stokes together pic.twitter.com/fkXpJiLMXE

Fans Questioned The Pair, Asking “Is This A Soft Launch?”

Other users commented, “is this a soft launch” and questioned, “soft launch?”

Chase Stokes previously commented on Kelsea Ballerini’s recent photo dump on Instagram and the pair proceeded to banter back and forth within the comments.

Following these posts and exchanges between the pair, news of the pair’s possible courtship made headlines around the web.

Ballerini then took to TikTok to seemingly address the rumor mill as a DeuxMoi post claimed it was a “PR play.”

“I’m about to break up with the internet 5 sure 😂,” she captioned the TikTok.

“I know, I know, I know. Stop reading, stop reading. Stop looking,” Ballerini said in the clip. “But what is happening, guys? What? Let’s not do this.”

i’m about to break up with the internet 5 sure 😂

Additionally, Chase Stokes will soon reprise his role as John B in the popular Netflix series Outer Banks. The upcoming third season will premiere on February 23, 2023. Stokes stars in the show alongside his ex-girlfriend, Madelyn Cline, as well as Rudy Pankow, Madison Bailey, Drew Starkey, Charles Esten, and Jonathan Daviss.

Kelsea Ballerini Will Soon Hit The Road On Her Heartfirst Tour

2023 is off to a running start for Kelsea Ballerini, who enjoyed many highs and lows in 2022, including the release of her fourth studio album, a sold-out headlining tour, and more.

She also endured a public divorce from country star Morgan Evans. The couple’s divorce was finalized in mid-November of 2022 on the same day Ballerini earned a GRAMMY nomination and picked up the keys to her new home.

Kelsea Ballerini will bring her Heartfirst Tour to the United Kingdom. Kicking off on Feb. 23, the four-date run will visit Manchester, Glasgow, Birmingham, and London.

The hitmaker will then embark on the second leg of her HEARTFIRST Tour, which will kick off on March 6 at History in Toronto, ON. The nine-show intimate outing is scheduled to continue through March 18, where the trek will wrap up in Pittsburgh, PA at Stage AE.

Both of Ballerini’s upcoming stints are in support of her fourth studio album, Subject To Change, which arrived on September 23, 2022. The project features 15 tracks, including her current single “If You Go Down (I’m Goin’ Down Too),” fan-favorite tunes “HEARTFIRST,” “What I Have,” “Doin’ My Best,” “Love Is A Cowboy,” as well as her collaboration with Kelly Clarkson and Carly Pearce, “You’re Drunk, Go Home.”

“HEARTFIRST,” the lead single of Subject To Change, was recently nominated for a 2023 GRAMMY Awards in the category of Best Country Solo Performance.

Later this year, Ballerini will hit the road with her longtime friend and musical hero, and “Half Of My Hometown” collaborator, Kenny Chesney, on the I Go Back Tour. The trek will visit 21 cities and will kick off on March 25 in State College, PA.

“Music has taken me so many incredible places,” Ballerini said. “Around the world, singing with some of my heroes in pop, alternative and contemporary music, but singing with Kenny is going home. He was the only voice I heard on ‘half of my hometown,’ and when he comes in, it’s just like hitting the Knoxville city limits. So to be able to go out to those cities like the place he and I grew up with an artist who’s accomplished what he has, it’s a lot like going home.” 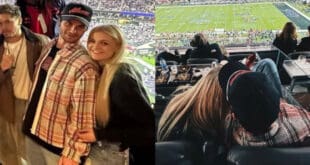 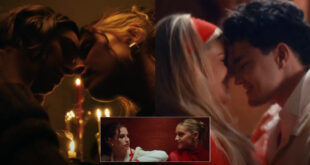 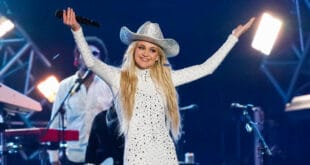