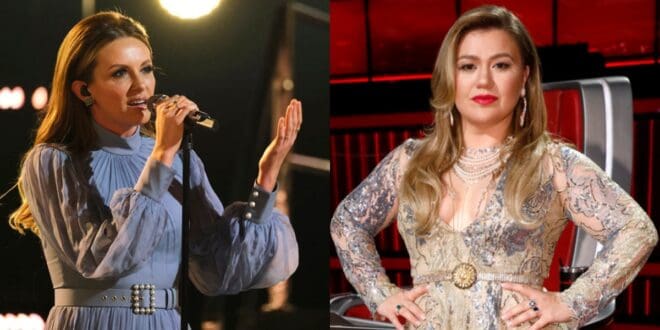 Carly Pearce recalled the powerful moment she shared with Kelly Clarkson following her performance on NBC’s The Voice earlier this month.

During a recent discussion with Lady A’s Hillary Scott during Country Faith Radio on Apple Music Country, Pearce opened up about the emotional moment she shared with Clarkson after her performance of “29” on The Voice.

“So I’m sitting as the clock’s going down, getting ready to sing this song on one of the biggest television shows, and it was just this whole kind of crazy,” Pearce told Scott, the Country Faith Radio host. “I felt like my life flashed before my eyes, a little bit of just, wow, you never know where things are going to take you.”

Pearce continued, “And I remember thinking, ‘I wonder if Kelly is going to really listen to the lyrics of this song, because I felt like there are very few people that have experienced something so public.’ Obviously her on a bigger scale than me, but just wondering if she would feel that. And immediately I kind of locked with her a few times and had to kind of look elsewhere because I knew that she felt it…”

The newly crowned CMA Female Vocalist of the Year went on to explain that after her performance Clarkson approached her to thank her for the special moment they shared the live broadcast of The Voice.

“Afterwards she got off-stage and walked over to me and hugged me and was just like, ‘Thank you for that.’ And she was like, ‘We need to talk.'” Pearce explained. “And I just… I really appreciated that and felt like she and I knew what the other one felt. And that was a powerful thing that I haven’t quite been able to feel with somebody else that’s experienced it in the public.” 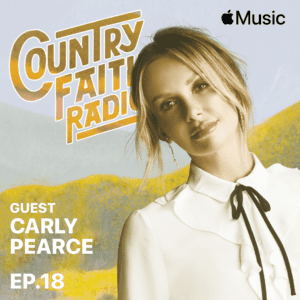 On December 7, Pearce made a quick trip to the West Coast to perform “29,” the title track of her latest project, 29: Written In Stone, during NBC’s The Voice semi-finals. The country hitmaker performed the track on The Voice stage in front of a live audience – and coaches Blake Shelton, Ariana Grande, John Legend as well as Kelly Clarkson, who got noticeably emotional.

Clarkson was seen wiping away tears during the breathtaking performance as Pearce sang the emotional lyrics. “The year that I got married and divorced / Held on for dear life, but I still fell off the horse / From a Miss to Mrs. / Then the other way around / The year I was goin’ live it up/ Now I’m never going to live it down,” she sings on the song, which she co-wrote Shane McAnally and Josh Osborne following her highly publicized divorce from country singer Michael Ray.

Perhaps Clarkson, who also got divorced in 2020, relates to the song.

Watch Pearce’s emotion-filled performance of “29” above.