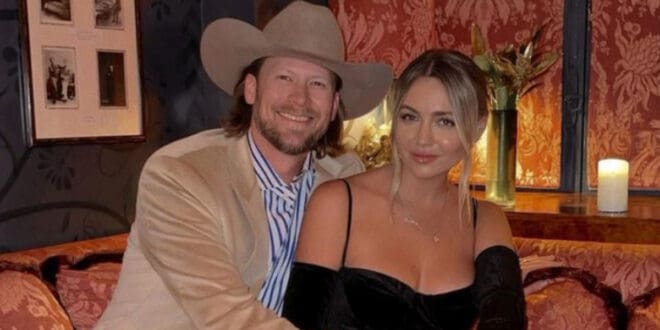 Brian Kelley Is A “Naked Barista” At Home, Wearing Just A “Little Towel” While Serving His Wife Brittney Coffee

Brian Kelley likes to bare it all while making his wife, Brittney Kelley, her morning coffee.

On a Jan. 12 episode of MTV’s Cribs, the 37-year-old country singer and his wife showed off their Nashville home. And while giving MTV a tour of their place, Brittney decided to embarrass her “naked barista” a little.

The couple led MTV through their kitchen, which is decorated with wood paneling and includes two islands and a fridge, before making their way to the pantry. “I’m about to show you where the naked barista gets down,” Brittney said as Brian shrugged at the camera.

“You’re looking at the butler,” Brian joked as the couple entered their sage-green pantry.

Brittney then proceeded to explain more about her “naked barista” and the way he makes her coffee in the morning.

“He likes to put this little towel around him and make me coffee in the morning,” she said of her husband, pointing to a nearby tea towel. “You want to do it now?,” she teased him as she began unbuttoning his shirt.

Later in the episode, Brian got his payback by making his wife reveal how she stores her cowboy boots.

While showing MTV their his and hers closet, Brittney revealed she stores T-shirts inside her boots after trying to order boot stuffers on Amazon didn’t work. “Listen, we get real redneck around here,” Brittney admitted.

“I might have some T-shirts in my boots if you look closely enough,” Brian agreed.

The country singer said he had to “boot” his wife since she chose to “naked barista” him.

Prior to opening up their home to MTV, Brian and Brittney celebrated nine years of marriage and spent their anniversary skiing in Big Sky, Montana.

“Feeling so grateful to get to experience Big Sky, Montana! Learned to ski for the first time (although I’ll always be a snowboarder at heart) and celebrated 9 years of being married to my best friend,” Brittney wrote in a Dec. 18 Instagram post, including  🤍 and ❄️ emojis in the caption. In the video she shared, she and husband Brian could be seen hitting the slopes and kissing under some mistletoe while on their anniversary getaway.

In a post of his own, Brian shared several snaps from their trip, including one of the couple bundled up next to each other on a ski lift, writing, “Might be my fave anniversary trip yet.”

Brian and Brittney wed during a private ceremony at their Nashville home back in 2013, according to PEOPLE. The pair dated for seven months before tying the knot, though they had known each other for over three years at the time.

In announcing their nuptials, Kelley described things as “non-traditional.”

“The whole process has been non-traditional,” Kelley told PEOPLE. “There was no official proposal or exchanging of rings. We had just fallen in love, and I knew I couldn’t live without her. It sounds like a terrible cheesy movie, but when you know, you know!”

“The first day we hung out, we just knew that it was something real. I’d never wanted to make someone my wife before. I always want her by my side,” he added.

Since getting married, Brian has launched his solo country music career. He and wife, Brittney also own the popular Tribe Kelley clothing brand together. 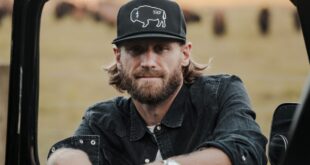 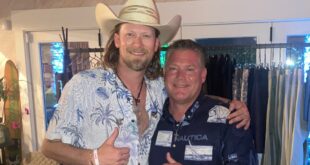 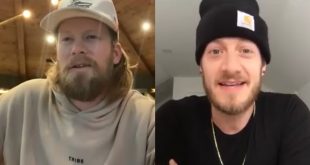 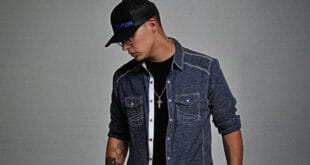