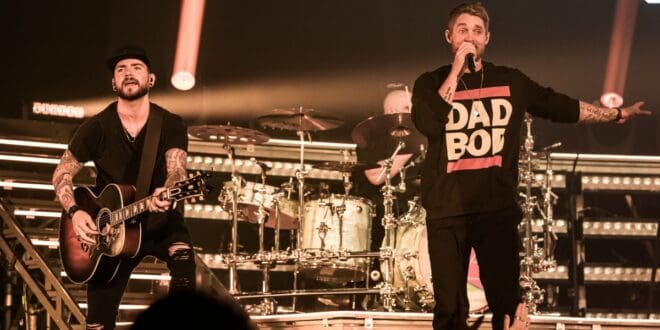 In case you didn’t know, things will soon be a bit different in Brett Young’s camp as his longtime bandmate, Matt Ferranti has announced he is departing the band after nearly nine years. Ferranti’s decision to leave his position comes as he sets his sights on pursuing a full-time solo artist career.

Taking to Instagram, Ferranti expressed his wishes to step back from Young’s band to venture out on his own.

He wrote, “My wife and I are making this decision because we have come to a place to GO ALL IN on my solo career. We have been building a new team and slowly getting things in motion to be able to give all of my fans MY All.”

“I’ve wanted this since I learned to play piano, and now is the time,” the Bay City, Michigan native added. “New music. New tours, and constant content will be on the way in January. LET’S RIDE FAMILY!!!!”

Ferranti, who has worn many hats in Young’s band, including keyboardist, guitarist and contributing vocalist, marks his last day with Brett Young on December 2. But he has been planning his exit for some time now. Fans who have been to a Young show will likely have seen him serving as a supporting act on several occasions throughout the years. Most recently, Ferranti performed as direct support on Young’s The Chapters Tour.

On top of that, Ferranti has grown a fan base through performances around Nashville, Tenn., where he has been refining his craft for over a decade. He has also treated listeners to many of his solo offerings which include a self-titled EP and singles like “Pick Up,” “Leave Me At The Bar,” “Drinking For Two,” and “Make It To The Bedroom.”

“I just kinda loved being in Music City. I just like being around it. It’s always kinda popping around. It’s crazy. I used to want to be a writer at first,” he previously told Country Swag. “Nashville humbles you real quick […] I had to bust my tail to really improve so that, basically, it’s what they say when preparation meets opportunity […] realizing how damn prepared I have to be.”

With his many years of experience and what happened to be a whirlwind 2021, Ferranti felt now’s the perfect time to take things to the next level.

“The last few months have been some of the craziest of my life,” he captioned the Instagram post. “[On] September 12, my wife and I welcomed our new baby into the world. Since then, we’ve been on tour in Canada and Europe and are about to wrap up for the year in Florida. Most of you know I’ve had the absolute privilege of playing music with my brother Brett Young since December 2014. It’s a crazy thing to be typing this out, but my last day with Brett will be December 2, 2022.”

“I could not have dreamed up a better case scenario to watch and learn from over the past eight years,” he continued. “This raw, tough kid from Bay City, MI, has been loved and nurtured every step of the way from some of the greatest guys on this planet. This is a brotherhood that will last a lifetime. Thank you BY and everyone who’s made this period of my life so special.”

As Ferranti rings in a new year, he has plenty to look forward to in the coming months. He already has 20 new songs recorded and ready to go. Those songs are expected to drop in Feb. of 2023. 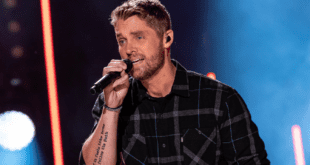 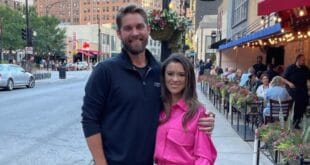 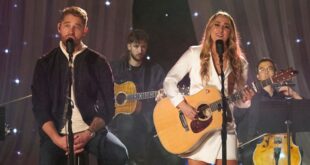