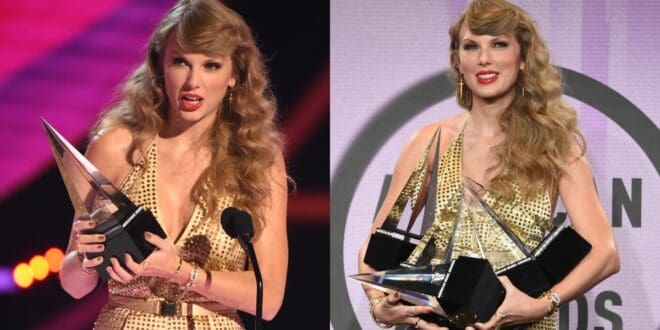 Taylor Swift cannot be topped as she remains the most awarded artist in American Music Awards history with 40 wins overall.

The 50th Annual American Music Awards, hosted by Wayne Brady, were held on Sunday (Nov. 21) night at the Microsoft Theater in Los Angeles, Calif. During the star-studded event Swift made history, sweeping all the categories for which she was nominated throughout the evening.

The “Anti-Hero” singer was nominated in six different categories, one of which included the night’s top honor, Artist of the Year, which saw her going up against worthy contenders like Bad Bunny, Beyoncé, Adele, Drake, The Weekend, and Harry Styles.

Swift was also in the running for Favorite Music Video, Favorite Pop Album, Favorite Female Pop/Rock Artist, Favorite Country Album, and Favorite Female Country Artist. She took home the prize for three of those awards ahead of the ceremony during a pre-show event and claimed the others later in the night.

Swift’s work on her re-recorded Red (Taylor’s Version) album was recognized more than once during the AMAs. The re-recorded version of her 2012 collection won her Favorite Pop Album, where she edged out a host of impressive albums: Adele’s, 30, Bad Bunny’s, Un Verano Sin Ti, Beyoncé’s, Renaissance, Harry Styles,’ Harry’s House, and The Weekend’s, Dawn FM.

Swift’s night at the yearly awards ceremony means she has officially extended her run as the most decorated artist in the history of the AMAs. She claimed that title in 2021 with a total of 36 wins. Now she has beaten her own record with six additions to her trophy case, bringing that overall number to an impressive 40. Swift will be tough to beat when it comes to earning the most AMAs over time. The late Michael Jackson and Whitney Houston hold the number two and number three spots, respectively.

Most of all Swift extended her record for most awards in the night’s top honor, Artist of the Year. Her latest win marks seven victories in the category thus far.

“You know, in the past few years, I have released more music than I did in the entire decade preceding that. I really feel like that’s down to the fact that you, the fans, wanted to hear lots of music that I would make,” she said while accepting the Artist of the Year award. “You encourage me. So I found the more music I made and the more music I put out, the happier I was. I have the fans to thank essentially for my happiness, and I love you more than I can say.”

Swift’s latest run of achievements comes after she made history with the 2023 Grammy nominations. The 32-year-old superstar landed four nominations, bringing her career nominations to 46. She has so far won 11 of those 46 nods. Additionally, Swift’s votes finds her tying with heavy hitters Paul McCartney and Lionel Richie for the most Song of the Year nods. Each artist has scored six nominations in that category thus far.

On top of that, Swift recently made history on the Billboard Hot 100 Songs chart thanks to her highly-successful album, Midnights. According to Billboard, the singer/songwriter recently took up all of the top ten slots on the chart, beating out Drake, who held nine of the Hot 100’s top 10 spots in September of 2021. Swift is the first artist to accomplish the feat in Billboard’s 64-year history.

Aside from Swift, top winners at this year’s AMAs included Beyoncé, BTS, Bad Bunny, Styles, Kendrick Lamar, Wallen, and Wizkid, who each won two awards. The 2022 American Music Awards, which also included a special extended tribute to Lionel Richie, who was the recipient of the Icon Award, broadcasted live at 8 p.m. on ABC.

Previous Kelsea Ballerini Revealed As Direct Support For Musical Hero Kenny Chesney On I Go Back Tour
Next Darius Rucker’s Forthcoming Album Is Dedicated To His Late Mother Carolyn: “The Greatest Woman I’ve Ever Known” 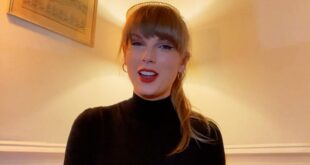 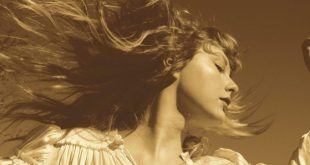 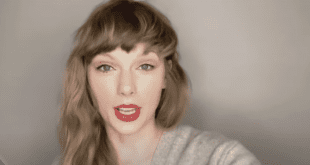