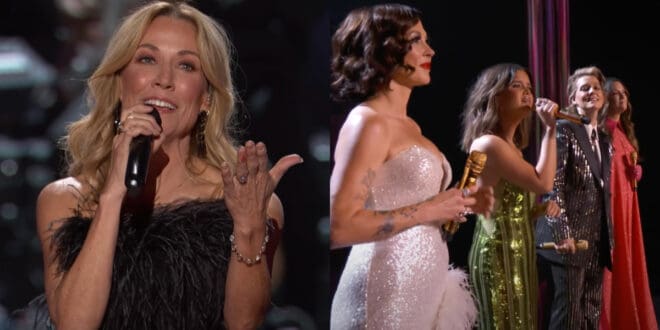 Crow, a nine-time GRAMMY winner, honored “The Queen of Christian Pop” with a special performance of “Baby, Baby,” while The Highwomen, a group that consists of Natalie Hemby, Maren Morris, Amanda Shires and Brandi Carlile, delivered an impressive rendition of “Somewhere Down the Road” during the show.

Wearing an all black dress adorned with feathers, Crow performed the tune, which is the lead single from Grant’s eighth studio album, Heart In Motion.

“Amy, you inspire me as a musician, as a mom, as a great friend,” Crow gushed prior to her performance of the Grant hit.

“Stop for a minute / Baby, they’re so glad you’re mine, yeah / And ever since the day you put my heart in motion / Baby, I realize that there’s just no getting over you,” Crow sang on the tune’s chorus.

The Highwomen, made up of Natalie Hemby, Maren Morris, Amanda Shires and Brandi Carlile, also took to the stage to perform “Somewhere Down the Road,” a track from Grant’s seventeenth studio album of the same name.

BeBe Winans, CeCe Winans, Dianne Reeves, Hozier, Jamala and Michael W. Smith with the Howard Gospel Choir also paid homage to Grant with an all-star performance of “Sing Your Praise to the Lord.”

Katie Couric also congratulated Grant on the honor and recalled a statement she once told her that has stuck with her through the years.

“Amy, you once shared the four words your sweet mom said to you, words you’ve never forgotten: Sing something that matters,” Couric said. “Well, you’ve done it and you’re still doing it.”

Prior to being celebrated, Grant shared that she never thought her iconic career would be honored in this way.

“Never in my wildest dreams did I imagine ever receiving this prestigious Kennedy Center Honor,” Grant previously shared. “Through the years I’ve watched so many of my heroes serenaded by colleagues and fellow artists, always moved by the ability of music and film to bring us together and to see the best in each other. I cannot wait to celebrate with my fellow honorees, friends and family. Thank you for widening the circle to include all of us.”

Kennedy Center Honors marked Grant’s first television appearance since recovering from injuries she sustained during a biking accident that took place on July 27, 2022. 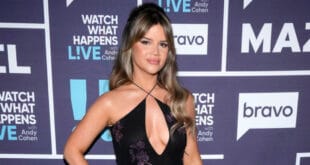 Maren Morris Reveals How Her Core Fan Base Has Changed: “My Crowd Has Become Really Diverse” 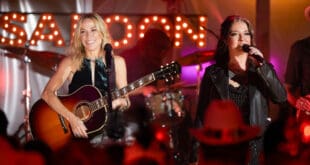 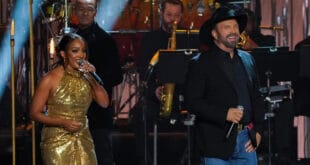