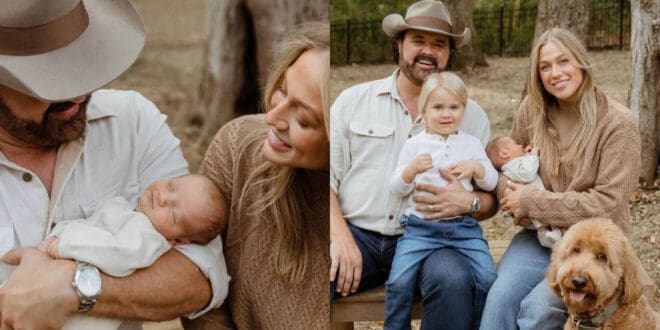 Randy Houser and his wife Tatiana Houser have welcomed their second child together!

The couple revealed the exciting news in a joint Instagram post on Wednesday (Oct. 19), where they shared that they welcomed their new addition, a baby boy named Harlan Banks Houser, on September 21, 2022.

“Answered prayers and hearts so full 🙏🏼,” Houser wrote alongside photos of him, his wife and their newborn son that were taken by Laura Moll. “We have spent the past 4 weeks soaking up every minute of family time with baby Banks,” he added. “Thank you, Lord, for this sweet boy!!”

The country hitmaker first revealed that his wife was expecting in April of 2022 during an interview with TC & Dina B at Tortuga Music Festival.

“Is Huckleberry going to be getting a little baby brother or sister soon?” the radio host asked Houser, to which he answered, “he is, yes, in October.”

“I put the milk back in the coconut, and here we go,” Houser added at the time.

Harlan joins their son Huckleberry Randolph, who was born in June of 2019. Randy Houser is also the father of 10-year-old son West Yantz from his previous marriage to Jessa Lee.

Houser and his wife recently celebrated Huckleberry’s third birthday and the “Note To Self” singer took to social media to share a tune he and his son often sing together.

“He’s My Little Hucky Bear / I Would Take Him Anywhere / Where We Go We Do Not Care / Daddy And Hucky Bear. This is our little song we wrote riding around on a golf cart and him falling asleep while I sang it to him. He’s 3 years old today,” Houser shared.

He also opened up about being a father in the post.

“Hucky your beautiful momma @tatianahouser and I couldn’t be more proud that you chose us to be your Parents,” Houser added. “Your determination and personality will make you whatever it is you want to be little man. We Love you so much.”

Houser is currently preparing to release his new album and is set to appear in several upcoming films.

The country superstar will release his sixth studio album, Note To Self, on November 11 via Magnolia Music Group. The project, produced by Houser and Blake Chancey, will feature 10-tracks all co-written by Houser, including his latest release “Rub A Little Dirt On It,” “Workin’ Man,” “Still That Cowboy,” “Country ‘Round Here Tonight,” and more.

In addition to his new album and a relentless touring schedule, Houser recently landed on-screen roles in Martin Scorses’s upcoming film, Killers Of The Flower Moon, starring Leonardo DiCaprio, Robert De Niro and more. He will also appear in the inspiring, The Hill, starring Dennis Quaid.

Previous Garth Brooks Reveals He Got Several Tattoos While In Ireland
Next John Legend Speaks Out On Blake Shelton’s Exit From ‘The Voice,’ Says He Is “The Heart & Soul & Anchor Of The Show” 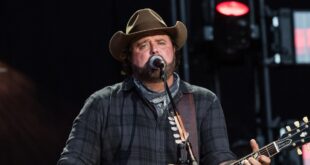 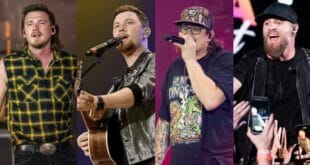