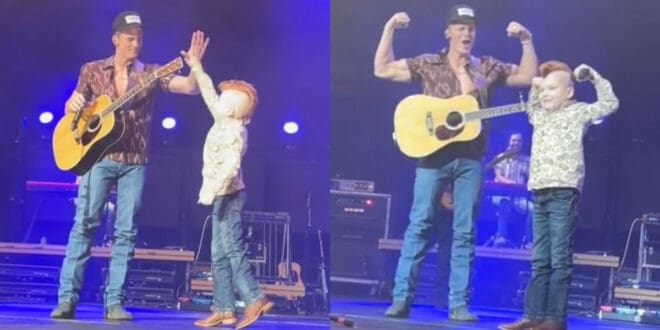 2023 has officially begun, which means people everywhere are reflecting on the past twelve months and thinking about the future. And, perhaps no one is looking ahead to the future as much as a 9-year-old from Oklahoma named Will.

After being diagnosed with leukemia on November 17, 2020, according to the Instagram page, @warriorwill91, which is dedicated to his fighting journey, the brave child has reached an exciting milestone. He is celebrating the New Year cancer free. Not only will the adolescent be participating in the ringing of the bell – a moment that signifies the end of rigorous radiation treatment and chemotherapy – but he recently marked the emotional victory on stage with country artist Parker McCollum.

McCollum and Will met during the “Handle On You” singer’s meet and greet before his concert on Friday (Dec. 30) at the Paycom Center in Oklahoma City. As it turns out, the meeting sparked a friendship between the two and propelled McCollum to bring his little fan onstage to introduce him to the crowd.

“Could y’all please make some noise for my new friend I met tonight? His name is Will,” McCollum told the sea of attendees standing inside the massive arena as shown in the TikTok video below.

Will is a warrior & Parker McCollum is a class act. Hats off to you sir 🧢#will #parkermccollum #okc #cancersucks #foryoupage #hellofayear

Afterward, Will, wearing cowboy boots, a buttoned-down shirt and donning a Mohawk hairstyle, walked out on stage to shake hands with his country music hero.

“It’s my boy, Will! I met him in a meet and greet tonight. Will is going to ring the bell here in a few days. He has beat leukemia,” McCollum told the audience, who then responded with thunderous applause. “… Will asked me if he could say something into the microphone. So, if it’s okay with Oklahoma City, we’d like to let Will say a little something.”

Taking control of the microphone, Will showed the concertgoers his strong fighting spirit.

“Hey, OKC!” the child said while McCollum’s band played a slow instrumental behind him. “Guess what? I’m kicking cancers a**!”

This clip, featured above, shows a closer view of the child enjoying his onstage moment. After telling folks that he is beating cancer, McCollum raises his hat to his young and courageous fan and invites him to make a strong-arm pose.

As Will receives applause, he begins to walk off the stage, but McCollum stops him and motions him to return to the stage. The crowd cheers loudly while Will heads back out to sing McCollum’s “Hell of a Year” song with the country star and the rest of the audience.

“WARRIOR VIBES…. #warriorwill,” a caption reads alongside the clip shared on Instagram.

“It’s Been A Hell Of A Year – @parkermccollum,” a caption reads alongside a third video, which features a slideshow that includes a shot of McCollum with Will and his twin sister, Cora, who is a competitive cheerleader. “Over 1,300 chemo pills. Over 400 antibiotics. 5 more procedures. 2022 had it all. One ICONIC night to end a crazy year.”

Along with his special little fan, McCollum is looking forward to a new year after ending 2022 with plenty of successes, which included sold-out shows, an ACM New Male Artist of the Year title, and tying the knot with longtime girlfriend, Hallie Ray Light. In 2023, Fans can expect a new album from McCollum, who already previewed songs, “Lessons From An Old Man” and “Stoned,” from the upcoming project, in addition to the already released track, “Handle On You.”

McCollum is currently on a break from touring but will resume his schedule on the road in February. Later this year, he will accompany Morgan Wallen for six dates of his One Night At A Time World Tour, which also features special guests HARDY, ERNEST, and Bailey Zimmerman. 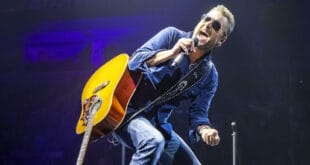 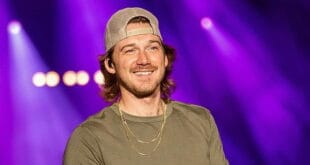 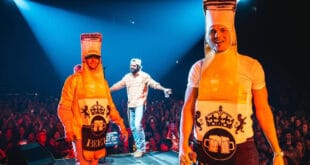