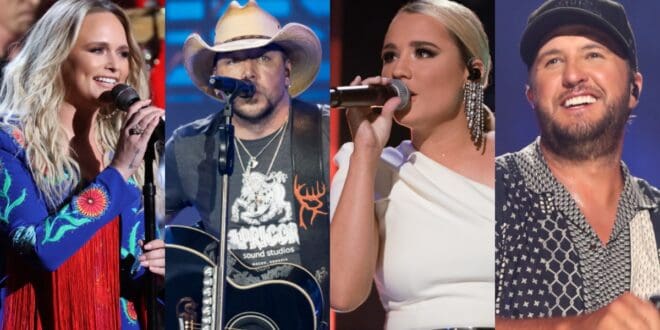 The New Year is upon us and Music City is ringing in 2022 with New Year’s Eve Live: Nashville’s Big Bash, a star-studded celebration filmed from a dozen locations in Downtown Nashville, including Bicentennial Capitol Mall State Park and several Lower Broadway honky-tonks, bars and clubs.

The five-hour celebration, airing live from Music City on Friday, December 31 (8:00-11:00 PM, ET/PT, 11:30 PM-1:30 AM, ET/PT) on the CBS Television Network, will feature 50+ performances from some of the biggest superstars in country music. The show will count down with the East Coast at midnight and keep the party going through midnight Central Time with the city’s renowned Music Note Drop.

The live concert event will also include once-in-a-lifetime collaborations, performances of chart-topping hits and covers of some of the most iconic songs in country music.

Live from Music City, the five-hour New Year’s Eve special will kick off on Friday, December 31 at 8/7c on the CBS Television Network. The show will also be available to stream live and on demand on Paramount+.

“I’m so excited to celebrate and host New Year’s Eve this year right down the street from my house, with so many of my friends who have great performances planned,” Bones told CBS ahead of the special. “I can’t wait to show America how special Nashville is.”

“I am over the moon to co-host NEW YEAR’S EVE LIVE from Nashville,” Smith added, “I get to hang with the hottest acts in country music, some I’m lucky enough to call friends, on New Year’s Eve in my hometown!”

Previous BREAKING: Betty White Dies At Age 99, Weeks Before Her 100th Birthday
Next BREAKING: Bobby Bones Reveals He Will Not Be Returning To ‘American Idol’