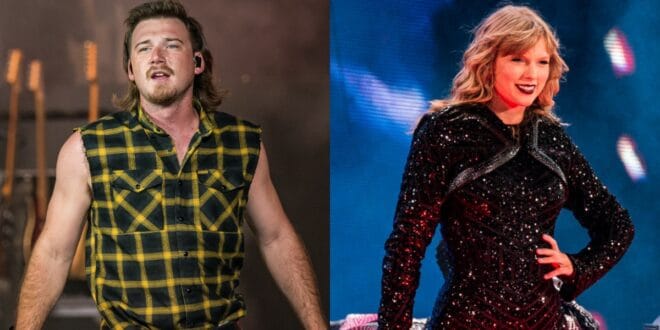 Morgan Wallen’s record-breaking sophomore project, Dangerous: The Double Album, is projected to end the year as the best-selling album of 2021 across all genres.

The prediction was released by Hits Daily Double on Tuesday, who claimed that Dangerous is expected to close out the year with 3.2 million copies sold.

According to the publication, Wallen’s album will finish out the year ahead of Olivia Rodrigo’s debut project, SOUR, which is projected to close out the year with approximately 2.75 million in sales. While Drake’s Certified Lover Boy is slated to complete the year at No. 3.

The East Tennessee native will become the first country artist to close out the year with the best-selling album in any genre since Taylor Swift’s seminal album, Fearless, in 2009.

Upon hearing the news Wallen took to social media to thank his collaborators, team and fans.

“Thank you to everyone who played a part in the creation and execution of this album. My entire team stepped up and continues to step up daily for me and for each other. I am honored to work beside you. You all know who you are,” Wallen said.

Wallen continued, “Thank you to my fans for supporting and believing in me. This couldn’t have been accomplished without God’s grace and without a common love for the country music I’ve been so blessed to be able to make. I love y’all.”

The 30-track project was the best-selling album of all genres for the first part of 2021 and topped the Billboard 200 for a whopping 10 consecutive weeks upon its release. Dangerous was recently certified Double Platinum by the Recording Industry Association Of America (RIAA), signifying 2 million equivalent units sold.

Dangerous, which was produced by Joey Moi, features his latest single “Sand In My Boots,” as well as fan-favorite hits like “Wasted On You,” “7 Summers,” “More Than My Hometown,” “Cover Me Up,” “865,” “Somebody’s Problem” and more.

Additionally, two songs from Wallen’s project, including “Sand In My Boots” and “Wasted On You,” were among the Top Country Songs on Pandora’s year-end Top Spins Chart.

Wallen is set to hit the road in support of the project in early 2022 on The Dangerous Tour with special guests HARDY and Larry Fleet.