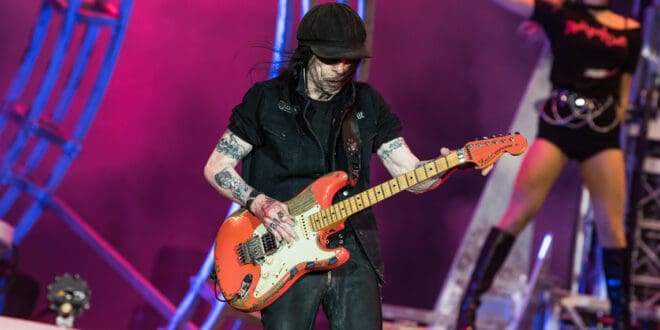 Mick Mars Will No Longer Be Touring With Motley Crue Due To Painful Disease, Issues Statement

In an exclusive statement to Variety, a representative for the band revealed that while the co-founder of Mötley Crüe will remain in the band, he will no longer be touring with them due to “his ongoing painful struggle with Ankylosing Spondylitis.”

“Mick Mars, co-founder and lead guitarist of the heavy metal band Mötley Crüe for the past 41 years, has announced today that due to his ongoing painful struggle with Ankylosing Spondylitis (A.S.), he will no longer be able to tour with the band. Mick will continue as a member of the band, but can no longer handle the rigors of the road. A.S. is an extremely painful and crippling degenerative disease, which affects the spine.”

The 71-year-old guitarist has struggled with Ankylosing Spondylitis since his late teenage years and have powered through the pain to be able to continue living out his musical dreams on the road, according to Ultimate Classic Rock.

In the band’s 2001 biography, The Dirt, he opened up about his first experience with the disease.

“My hips started hurting so bad every time I turned my body that it felt like someone was igniting fireworks in my bones. I didn’t have enough money to see a doctor, so I just kept hoping that I could do what I usually do: will it away, through the power of my mind. But it kept getting worse,” he explained.

“Then, one afternoon while doing my laundry. I started having trouble breathing,” Mars continued to explain at the time. “At first, it felt like someone had plunged a knife into my back. But as the weeks passed, the pain kept moving around my back. Next, my stomach started burning, and I worried that my whole body was about to fall apart. I thought that there was a hole in my stomach, and acids were leaking out and destroying my bones and organs. I’d grab hold of doorknobs, anchor my legs into the ground, and pull with my hands to stretch my back and ease the pressure out.”

His condition worsened as of the early 2000s when he lost a lot of weight and became addicted to painkillers. He later had a successful hip surgery that allowed him to continue touring with the group.

“I kept getting worse and worse, and I just stopped playing guitar for almost two years,” Mars shared with Metal Sludge in 2008. “Nowadays, it’s not so bad, but back then when I was high on all that stuff and Motley were having a break, I knew if I didn’t stop I was gonna die. In the end, I had to go to a neuro-psychiatrist to straighten me up and he said to me, ‘Just hold the guitar for an hour a day – don’t play it, just hold it.’ It was pretty bizarre but I got through it, and in the end I think I’m actually a better player because of it.”

The band has yet to reveal who will replace Mars on the road as the group’s lead guitarist, but rumors are that Rob Zombie’s longtime guitarist John 5, who recently stopped touring with Zombie, may be joining Mötley on tour to fill in for Mars.

Mars is a co-founding members of the band, which formed in Los Angeles in 1981, alongside the group’s current lineup that includes vocalist Vince Neil, bassist Nikki Sixx and drummer Tommy Lee.

The news comes just days after Mötley Crüe announced a Latin America and European leg of their co-headlining tour with Def Leppard, which is scheduled to kick off in February of 2023 and run through July of 2023.

In addition to touring and working with Mötley, Mars has also been working on his own solo material. 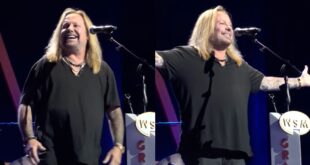 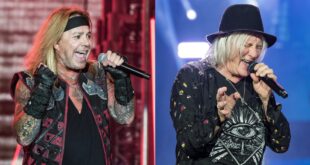 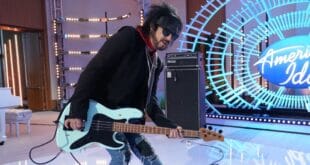