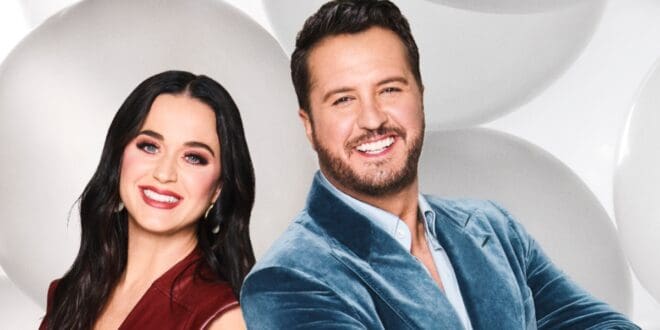 Luke Bryan and Katy Perry have a pretty tight working relationship. As a matter of fact, the two music artists have gotten used to joking with each other as judges on the set of American Idol, which also stars fellow judge Lionel Richie.

But when Perry decided to step foot into the country genre, her first duet on a song happened to be with Thomas Rhett, which means Bryan wasn’t at the top of her list.

Taking to the red carpet ahead of the 56th Annual CMA Awards, Bryan opened up about the Perry/Rhett “Where We Started” collaboration, sharing how he felt when he found out his good buddy Perry would be singing with his other buddy Rhett.

“You know, my feelings were hurt,” Bryan told Entertainment Tonight’s Rachel Smith. “You know, Katy, I told her today, you know, she just chose a younger version [of me].”

Bryan was, of course, joking about being upset over the situation. In fact, he was the first person who Perry turned to when she initially got pitched to duet with Rhett.

“I actually asked Luke about Thomas Rhett. I go up to Luke, and I say, ‘Luke! What do you know about this Thomas Rhett guy? Is he a good guy?” Perry, who admitted she had no idea who Rhett was before she got news of a possible collaboration, previously recalled during a behind-the-scenes clip for the music video for “Where We Started.”

Interestingly, Rhett initially didn’t think Perry would be up for the duet.

“I had no part in that. My record label called her and said, ‘Would you want to do a collab with Thomas Rhett?’ and I thought they were crazy,” Rhett previously shared. “I was like, ‘She has no idea who I am.’ They sent it to her, and she loved the song.”

Despite being strangers, the two artists ended up bonding over a shared love of being parents. Perry is mother to her toddler Daisy Dove, whom she shares with fiancé Orlando Bloom while Rhett and wife Lauren Akins are parents to daughters Willa Gray, Ada James, Lennon Love, and Lillie Carolina.

“We literally talked about our kids the entire time… how we’re raisin’ ’em and what we’re feeding ’em,” Rhett told Audacy’s Rob + Holly. “I think that’s what you do as a parent these days, you’re just like, ‘Oh, let me show you this one picture on my phone of my kid that you’ve never met!'”

Perry and Rhett performed “Where We Started” during the 2022 CMA Awards, which took place in Nashville, Tennessee, at the Bridgestone Arena on Wednesday (Nov. 9). Onstage, Perry donned a black cowgirl hat and strapless denim gown alongside Rhett, who wore a bomber jacket. The pair belted out their country/pop track amid visuals of their music video, which appeared over fabric that hung from the ceiling.

Ahead of the three-hour ceremony, the newfound friends posed together for photos on the CMA Awards red carpet. Bryan, meanwhile, co-hosted the 2022 CMA Awards alongside former NFL football quarterback Peyton Manning.

“Where We Started,” which Rhett wrote with Ashley Gorley, Jesse Frasure, and Jon Bellion, appears as the title track on his sixth studio album of the same name. On the record, Rhett also collaborates with Riley Green on “Half of Me” and Tyler Hubbard and Russell Dickerson on “Death Row.”

Previous Luke Bryan’s Wife Caroline Shares Update From Hospital Bed Recovering From “Unexpected” Surgery
Next HARDY Says He “Cried His A** Off” When He First Saw Caleigh At Their Wedding: “I’m An Emotional Dude” 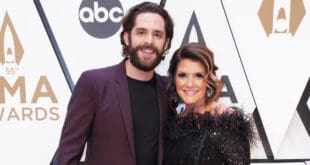