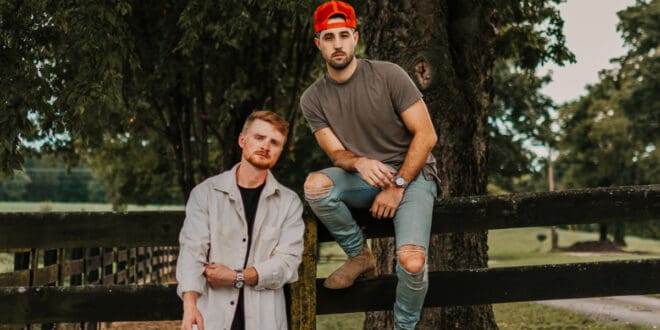 After fans have voiced their requests, rising pop-country duo SixForty1 has decided to drop their highly catchy track, “Drinkin’ Tonight.”

Co-written by 2022 CMA Entertainer of the Year nominee Morgan Wallen, “Dust On The Bottle” singer David Lee Murphy, and award-winning songwriter Chris DeStefano, “Drinkin’ Tonight” tells the relatable story of a man fighting the urge to end up at his ex’s house. Knowing full well he will regret his decisions afterward, the narrator ends up losing control and finding his way to her place. He is left with the hindsight feelings of wishing he would’ve just turned to the bottle instead of spending time with someone he finds attractive.

Of the song, SixForty1’s Gee tells Music Mayhem, “We couldn’t be more proud of this song. From the second we heard it, we knew it was special.”

“We were in a meeting where publishers pitch songs to us, and if we connect with one, we put it on hold and live with it for a little while to really decide if it’s for us,” he continued. “It was the last song this particular publisher played [for us], and we knew it had that swag and energy we were looking for. It’s the perfect single to kick off our upcoming EP coming March of 2023.”

“We’ve been teasing it for a while… ‘Drinkin’ Tonight’ is OUT NOW!,” SixForty1 captioned a post. “This one has been one of our favorites from the first time we heard it so we know y’all will love it! So turn it all the way up and drink a little with us (so you hopefully won’t end up at your ex’s). Matt Geroux, you crushed the production!!”

SixForty1’s Gee and Hoffman, who have toured with the likes of Brantley Gilbert, Eli Young Band, Michael Ray, Walker Hayes, Niko Moon, and Dustin Lynch, met in Murray, Kentucky, while attending Murray State University. They named their duo after US-64 – an idea suggested by one of their cousins.

“It’s a road that brings a lot of people together, which is what we try to do with our music,” Gee says in the duo’s bio, posted to their official website.

In 2018, SixForty1 moved to Nashville, where they continued to write songs and release tracks. In 2021, they released an EP titled Started Right Here, which features six songs including, “Bad,” “Never Gets Old,” “Started Right Here,” “Not Me Missing You,” “Me and Your Memory,” and “All Night.”

As previously noted, “Drinkin’ Tonight” is the first taste of new music from what fans can expect from the duo’s as-yet-untitled EP, due out sometime in 2023.

Previous Luke Bryan On His Career: “I’ll Probably Slow It Down A Little Bit As The Boys Get Into High School”
Next Tim McGraw & Wife Faith Hill: The Story Of How They Met & 5 Fun Facts 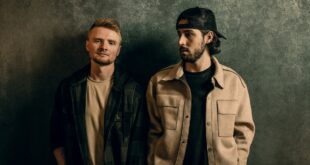 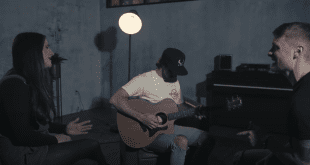 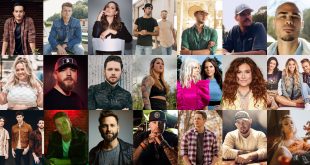