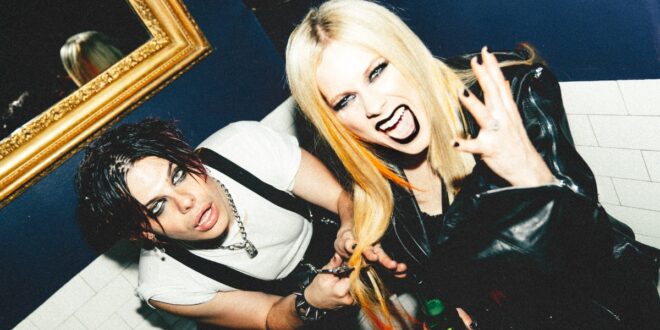 Written by Lavigne, Travis Barker, John Feldmann and Dominic Harrison (aka YUNGBLUD) and produced by Feldmann and Barker, the song offers a catchy melody paired with yearning lyrics that share exactly what it feels like to long to be with the one person that is now unreachable after a breakup.

The official music video for “I’m A Mess” is out now. Directed by P Tracy, the video takes viewers throughout London and Los Angeles as the pair belted the angsty lyrics to the emo track.

The single was first teased in late October when Avril and YUNGBLUD posted a video of the “parents” singer cutting Avril’s hair while the duo sat on a toilet. The Instagram video was captioned, “I’m A Mess” and tagged YUNGBLUD.

Fans can find Avril on the road for her world tour in support of Love Sux. She is currently hitting the stage for dates across Japan, closing out that stint on November 14 in Osaka. Avril will then begin her European 2023 shows on April 12 in Paris, France. For more information on upcoming tour dates, visit avrillavigne.com.

The star also had the honor of unveiling her very own star on the legendary Hollywood Walk of Fame in late August of this year, proving just how impactful the star’s music has been for the industry throughout her career.

“Today, I love making music more than ever. I feel so inspired,” shared Avril. “And I hope that the next 16-year-old from their small town who comes to Hollywood one day, full of hopes and dreams, sees this star and thinks to themself, ‘Oh my god, my name could be there one day, too.’ Because it can,” she said. “What an amazing 20 years, and I can’t wait for the next 20, bitches! Let’s go!”

YUNBLUD is set to kick off the 29-city North American leg of his tour on Friday, April 29th in Seattle, WA at Paramount Theatre. The star will perform in major cities including Vancouver, Las Vegas, Austin, Atlanta, Miami, Philadelphia, New York City, Toronto, Boston and St. Louis before wrapping up on July 25th in Kansas City, MO. The Regrettes are set to join YUNGBLUD as support. 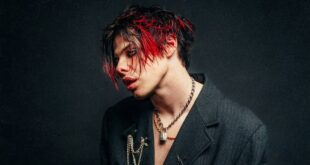 YUNGBLUD Announces Massive World Tour, Says The Concerts Will Be His “Biggest Shows Ever”