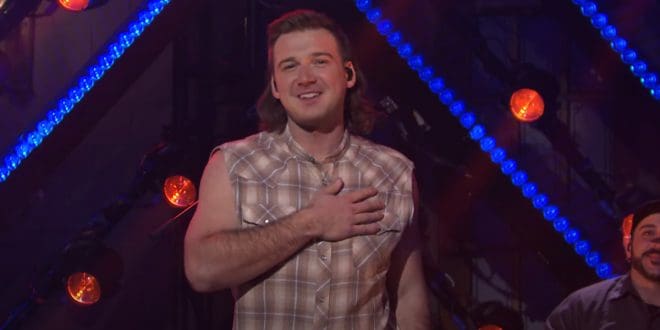 An old video of Morgan Wallen covering “Better Man” has resurfaced online following the release of Taylor Swift’s re-recorded version of Red, which features Swift’s rendition of the song.

The chart-topping song was solely penned by Swift with the intention of recording the track for her fourth studio album, Red. After cutting down the collection, Swift thought the song would be better suited for Little Big Town – as the quartet’s harmonies would compliment the original melody.

The award-winning country quartet later recorded the song for their eighth studio album, The Breaker, in February 2017. Following the release, the track received praise and went on to win several awards, including – Single of the Year at the 2017 CMA Awards, as well as a CMT Award, and even scored a GRAMMY.

Fast-forward to 2021, Swift surprised fans by pulling her rendition of “Better Man” from the vault for her re-recorded album, Red (Taylor’s Version).

Following the hype over Taylor’s version, a video of Morgan Wallen covering the smash hit has resurfaced on TikTok. However, the clip was filmed early on in Wallen’s career before he grew his signature mullet that fans have grown to adore.

The chilling cover garnered over hundreds of thousands of views and has fans begging the East Tennessee native to release his acoustic version of the chart-topping country hit.

Dozens of fans have expressed interest in hearing a full recording of Wallen’s version of “Better Man.” They have flooded the comments and share reaction videos to his rendition of the critically acclaimed tune.

One TikTok user wrote, “This is my petition for Morgan Wallen to release his version of Better Man.”

“How am I just now hearing this right after Taylor’s version came out. I am now demanding better man (Morgan Wallen’s version),” another overly excited fan added.

“Demanding Morgan releases his cover of this right now,” another shocked fan added.

While several other fans added, “the cover we didn’t know we needed,” and “why is this not recorded, ASAP.”

Other fans are begging Swift to record a duet of the song with Wallen.

No official petitions have been launched to campaign for Wallen’s version of the track, however, several fans said they would sign it in a heartbeat.

Wallen’s record-breaking sophomore project, Dangerous: The Double Album, is projected to end the year as the best-selling album of 2021 across all genres.

The prediction was released by Hits Daily Double on Tuesday, who claimed that Dangerous is expected to close out the year with 3.2 million copies sold.

According to the publication, Wallen’s album will finish out the year ahead of Olivia Rodrigo’s debut project, SOUR, which is projected to close out the year with approximately 2.75 million in sales. While Drake’s Certified Lover Boy is slated to complete the year at No. 3.

The “Sand In My Boots” singer will become the first country artist to close out the year with the best-selling album in any genre since Taylor Swift’s seminal album, Fearless, in 2009.