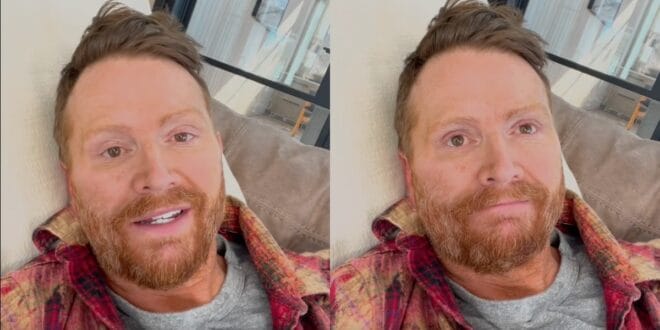 Famed songwriter/producer Shane McAnally is celebrating one year of sobriety, and he took to Instagram to share an emotional message about the milestone with his followers, fans and friends.

The three-time GRAMMY winner admitted he’s “never done a video like this” and revealed that he has been “clean and sober for a year.”

“I haven’t really talked about it much to anybody other than my really close friends,” McAnally said in the clip before he detailed his road to sobriety.

“I’ve been trying to get sober for a long time, and I don’t want to preach about this or go overboard, I just wanted to say that it’s doable and that I finally am trying to get my outsides to match my insides, which means that I present a really amazing life on Instagram and social media,” he said. “I have an amazing life, but I haven’t been able to appreciate it and haven’t actually been living up to the man that I show you or even the people that are in my life, until now.”

McAnally, 47, detailed how he’s using this time to better himself in all aspects of life, including his role as a father and husband.

While McAnally admitted that he may not have “millions of followers,” he hopes that his story helps others through their struggles.

“I do have a lot of friends on here that have wondered what is going on with me and why I post these random chips that say six months or 90 days,” which signify his progress as a sober man.

“It’s a really big deal, it’s really important to me. I’m proud of myself, but mostly I’m in just such gratitude for the people around me who have been patient and who have loved me through this. That’s all I got…,” he concluded.

He appeared on NBC’s Songland alongside Ester Dean and Ryan Tedder. McAnally is the founder and CEO of SMACK as well as the co-president of Monument Records (with industry veteran Jason Owen).

Shane McAnally is married to Michael McAnally Baum. They have two children together and often share family photos and videos on Instagram. 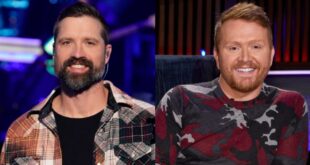