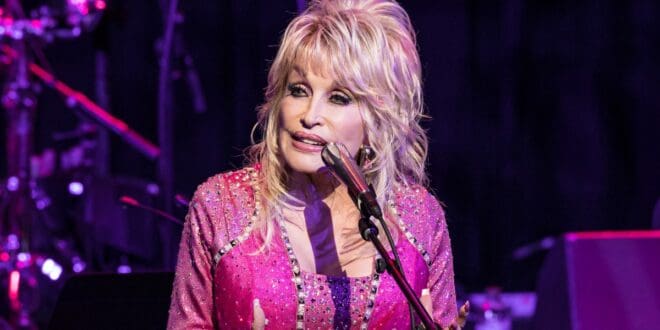 “You really feel the weight of trying to represent her accurately,” said Moore. “I want to make her proud or make something she would be proud to be associated with. Yeah, it’s definitely in the back of your mind when you’re representing someone as iconic as Dolly Parton. If there’s one thing we know about her is she loves the Great Smoky Mountains. All of the flora and the fauna that you see in the mural can be found in the Great Smoky Mountains. It really means a lot. She was a little involved in the design process which is really special. I’m just really so grateful to be asked to be a part of this.”

The new mural features vibrant butterflies and rainbows, with the entire image outlined in a baby pink hue. The quote on the mural, ‘If you want the rainbow, you’ve got to put up with the rain,” encompasses the legendary singer wholeheartedly.

Moore, Morales and CTK representatives were present at the mural’s unveiling, where donations to the Imagination Library — Parton’s signature charity that encourages young children to read by providing free, high-quality books to children from birth to age 5 — were encouraged. During the special event, Brooke Seigle-Rochelle, coordinator for Imagination Library of Middle Tennessee, spoke on the importance of the charity.

Acme added Dolly-themed cocktail specials to the menu for the weekend, giving $1 from each cocktail sold to the Imagination Library.

Parton couldn’t be more deserving of the special mural. She has 25 RIAA-certified gold, platinum, and multi-platinum awards under her belt, 25 No.1 singles on the Billboard country charts, 11 GRAMMY Awards, 10 CMA Awards and five ACM Awards.

Her accolades are endless, and her heart is even bigger. To date, Parton has donated over 173 million books to children around the world through her Imagination Library and always steps up to help when her neighbors are in need.

The project will feature 23 tracks, including some of Parton’s most recognizable hits such as her collaborations with Kenny Rogers (“Islands in the Stream” and “Real Love”) and Loretta Lynn/Tammy Wynette (“Silver Threads and Golden Needles”), as well as iconic songs like “9 to 5,” “Jolene” and more.

“Every one of these songs has a special memory behind it for me,” Parton said in a statement. “I hope that you make some special memories of your own while listening to them.”

Previous LISTEN: Morgan Wallen Regrets His Past Decisions In Unreleased New Song “Me + All Your Reasons”
Next Chase Matthew Shares Touching Track “She Loves Jesus,” Marking His First Release With Warner Music Nashville 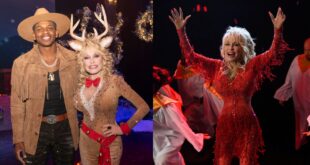 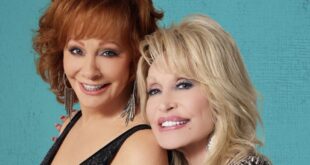