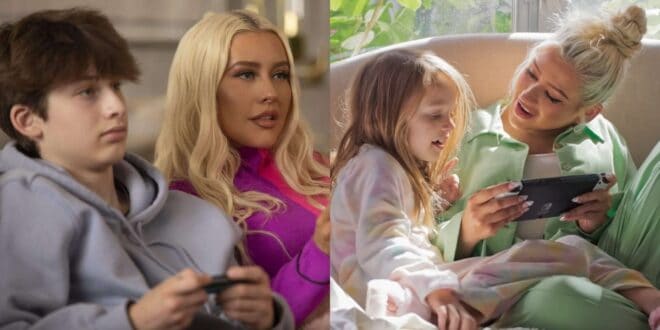 Powerhouse vocalist Christina Aguilera proves that she is a gamer at heart. Nintendo recently dropped a new commercial on Thursday (Jan. 6) featuring the pop-culture phenomenon and her family testing out an unreleased game, Pokémon Legends: Arceus.

While the unique partnership comes as a surprise to some, Aguilera recently revealed that gaming brought her household and extended family together growing up. “We couldn’t wait to see each other for the weekends because we could all join in and take turns or compete against each other. In those moments, you really get a moment to connect like no other way,” shared the singer in an exclusive ELLE.com interview. She continued to express that the well-known gaming company and its products have always been an integral part of her life.

Therefore, when Nintendo came knocking on Aguilera’s door to star in their thoughtful campaign – she jumped on the opportunity. The multi-platinum artist did not fail to mention that she contemplated having her kids involved, but since the brand has been pulling at her heartstrings for several years, she ended up giving them the green light.

“I’m very choosy with how I share my workspace with my kids,” the hitmaker shared. “But, it was such a no-brainer and a dream come true to be able to involve my kids in something that’s just truly authentic to my family.” Aguilera continued to share that she was excited to pass down her love for gaming to her children and flex her dynamic skills.

“To be [handing] this down now to a new generation, my son is now better than me, so he’s taking the reins, but it’s so beautiful to be able to do something that’s not even work, it’s just all play,” she adds. This statement is proven true throughout the family-friendly commercial as her 13-year-old son Max Liron challenges his mom to a battle.

“Really? Vote out your own mother,” shared the award-winning musician after losing to her savvy son in an interactive Nintendo Switch game. “It’s how it works,’ he fired back with a beaming smile on his face.

The warming clip also highlights Aguilera’s close relationship with her 7-year-old daughter, Summer Rain. At the beginning of the commercial, the two cuddle up together in PJ’s to play Pokémon Legends: Arceus, a fairytale-like game set to drop on January 26.

Pokémon Legends: Arceus is the next must-have game, bringing the Pokémon franchise to the next level. It encourages fans to act fast and complete the task of collecting the region’s first Pokédex. In real-time, gamers are required to capture Pokémon, yet there is a chance that a wild Pokémon could sneak up and attack – which could possibly end-around. Within the commercial, Summer carefully shows Aguilera how she navigates the unrealistic world.

“[While shooting the campaign], my daughter was able to fall in love with a new game,” Aguilera told the publication. “We had a brief moment to [try out] Pokémon Legends: Arceus. It’s so gorgeous, the graphics and the setting that you get to explore in, so she was loving that so much, she would give me a turn.”

The thrilling games have advanced since Aguilera had her hands on Nintendo, as she used to fiddle around with the company’s first gaming system. In fact, Donkey Kong was one of her favorites and has it ready to play at all times. “So I go way back, and honestly, to this day, you can still find gaming systems. I literally have the arcade games too in my house, so that’s what a diehard fan I am of Nintendo,” she concluded the interview with ELLE.COM.

Off the heels of the reminiscent commercial, the blonde songstress known for her remarkable pipes and dance-worthy anthems is expected to release a spicy Spanish album in the coming months. 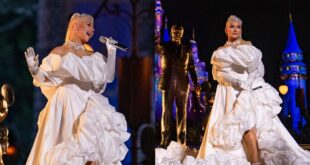 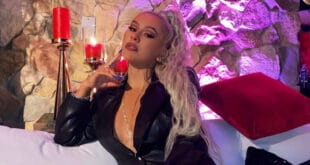 Christina Aguilera Confirms Two New Albums Are On The Way 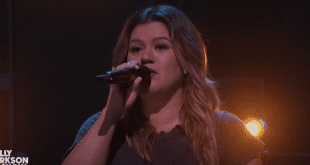